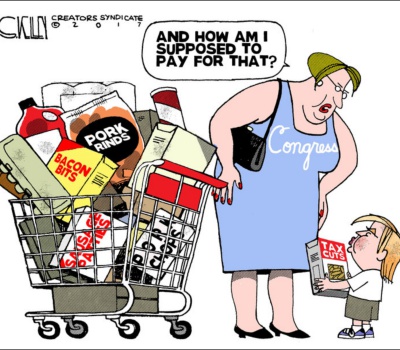 The Alliance for Utah’s Future is working hard to raise opposition to the new tax increase bill #HB441 ‬- Tax Modernization. It sounds good… who doesn’t want to be modern? The following is a compilation from some of our members:

Some problems we see with #HB441‬

‪1 – Fiscal conservatives should always look to reducing spending before raising taxes.‬ Though presented as a “revenue neutral” bill, HB441 actually is projected to generate $230 million in additional taxes. The bill sponsor admitted that the current legislators took part in creating the problem by supporting bills that funneled tax money to special projects in their districts. Instead of raising taxes we should lower spending.

2 – The main problem this bill was written to address is a tax allocation issue. Utah had a one billion dollar surplus last year. The problem is that current law restricts how income taxes revenues can be used. Changes should be made to the allocation rules instead of creating new revenue sources and raising taxes.

3 – Surrounding states don’t tax services like this. This puts Utah service companies at a distinct disadvantage compared to surrounding competitors. Many small businesses are in the service industry. This new tax burden will either reduce small business profits or increase the prices they charge for their services.

4 – Making the state heavily reliant on service industry taxes is fiscally irresponsible. In a economic downturn, service industries see a disproportionately large reduction in business. This sets up the state for a serious revenue shortage during a period when it is most difficult to resolve.

5 – Because the overall tax bill increases taxes, this will hurt the very people the supporters of the bill claim it helps. Lower income families spend a larger proportion of their income on services than higher income families. This tax bill puts an unfair burden on those families.

6 – This bill puts a huge burden on small service-industry businesses. From home based hairdressers to vending companies to family run lawn care businesses, these companies will now become new tax collectors for the state. The new responsibilities will in many cases require these small businesses to hire a CPA to help them comply with tax collection, filling, and remittance. Ironically, even the money they pay to help them pay taxes will also be taxed.

This tax bill is regressive, meaning it has a disproportionate negative impact on poorer families. Families with a lower household income pay a larger portion of that income for services than wealthier families. If a family lives paycheck to paycheck they can expect a small increase in their take-home pay but it is immediately offset by a larger increase in the cost of services. To make things worse, the increase they see will be larger than just the amount that service is taxed. The service itself will become more expensive as well because the company that provides the service also needs to charge enough to cover the cost of implementing, collecting, reporting, and paying those new taxes. You can think of it as getting a $35 dollar per week increase in take home pay but also having a $45 dollar per week increase in expenses.

Please go to this link to review the propaganda and various resources, including a summary document:

We understand the concept of broadening the base, but acting like it’s a “choice” to use a service is misleading. We ALL use a huge variety of services, and many of us provide those services. This is a tax on our TIME. Not a thing, not a product, not a consumable item or something that will end up in a landfill, not something that had to be trucked in on a road adding to pollution and road wear. Our TIME is not a thing to be taxed. There is no expense to the state for service providers selling people their time.

On top of that, the 0.1% tax to the healthcare insurance is a frightening precedent. That is an INSANE amount of money and people are already heavily burdened with premiums.

The sponsor is POSITIVE this will only hurt high income earners that use many services and will greatly benefit the lower income brackets that can’t afford services. It will reduce the sales tax rate from 4.7 to 3.1% and will give an increase in child tax exemptions and lower the income tax rate. The sponsor says it will be a money saver for most families. We do NOT believe that lowering sales tax by 1.6% and lowering the already low income tax will counter the 3% more on ALL services we use.

This feels like a huge pandora’s box that opens too many opportunities for abuse. And when the economy suffers the services are the first things cut out of a family’s budget so the state cannot rely on revenue from services in an economic downturn.

On top of that, we can expect to pay more sales tax anyway because ALL of our online purchases will be getting hit starting next month. One person stated that  they spent $11,500 on Amazon last year and most of that was not taxed.

And for anyone that is curious…the elected officials voting for this may be considered “servants to the people” but their checks are NOT legally categorized as being in the service industry so their income won’t change.

Many of us rely heavily on services to help our family. How many services do you use? What even actually defines service? Would these all be included?

These are all jobs where someone is paid to provide a service, not a product. How could this possibly be revenue neutral? Here’s a smidgen off your grocery bill, and a big fat smack with the ugly stick for EVERYTHING else you use.

There is no reason why our taxes need to be increased every session. The 2018 session saw the biggest tax increase in Utah’s history and a special session was called last summer to increase them again. This will be the third tax increase in a year if passed. We are taxed on our earnings and when we spend our earnings. Now they want to tax our time. Will it ever be enough?

This is another smoke and mirrors approach from those fine folks on the hill. Instead, they should return the excess and along with that maybe they need to reduce the wages in which they are paid. If you can, please get the word out publicly and to your networks to contact legislators and tell them to vote NO.

One AUF member stated: “Today is the day to flood legislators with our views on the tax bill, but perhaps ESPECIALLY send messages to THE GOVERNOR. He doesn’t like it when people aren’t loving him. Minutes ago I just heard of another business in a long line of businesses that will absolutely move their business out of Utah if it passes. This includes airline related services also.”

Another member stated ” The Governor has been pretty clear that he will sign it. He wants new money. He was the guy who got this whole thing going, so I don’t see the Gov. changing his mind. The secret is to elect Fiscal Conservatives the first time around who actually respect the pocketbooks of the citizens and who believe in “starving the beast”, not feeding the beast an All You Can Eat buffet!”

The first member replied ” I have heard that too. But he is all over the place: Common Core, SB54 – came out multiple times early on saying he wished he had not signed it. I do not want to disparage but people close to him say he speaks before he is knowledgeable on many issues and then has to backtrack, like on the conversion therapy bill as happened yesterday when Rep Lisonbee received a text from the Governor’s office right during our hearing about his new statement on conversion therapy.”

One senior citizen wrote to Representative Hawkes this morning. This is what she said:

“As someone who is single and retired, with limited income, it disturbs me to hear of a tax proposition which seems to target a very vulnerable segment of the population.

As age advances, health concerns increase and so does the cost of addressing those concerns. Funds carefully built up over a lifetime of work, can vanish with the already high costs of medication and care..
In addition, those who suffer with debilitating illnesses from an earlier age, perhaps unable to work, would have an added burden with increased costs.

Let us not blithely assume that there is a safety net built in to offset such burdens. In reality, any assistance addresses only a small percentage of those affected and comes with a serious loss of autonomy

To think that a small tax reduction would even this out is naive and uninformed. Those who use the services most, would pay the most. Those are the elderly and ill. The reduction in sales tax does not make up for this. We are not the big spenders who would benefit. The non-refundable tax credits provided in the bill would do absolutely nothing for those of us whose income is too low already.

In order to supplement my little income, I do a very small research business out of my home, currently serving two clients. This gross income is about $3000 a year. This bill would require me to add tax to the services for my time doing research. It would also require me to hire a professional to keep and provide the proper documentation required, possibly costing me more than my income. Please do not do this to us.”

Thanks to Scott McIntyre, Michelle Holmes‎, Carole McIntyre & Micky Kiever for their contributions to this article.