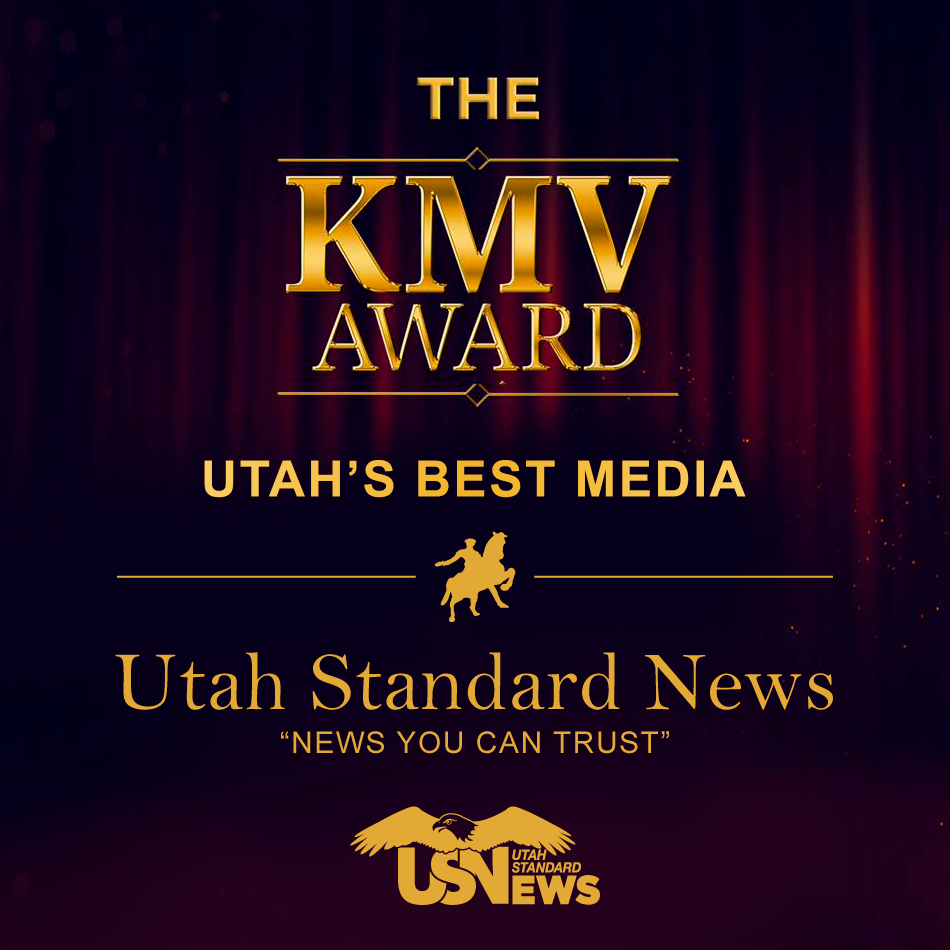 Related article – KMV Awards: The Anatomy of a Miracle)

Ed Wallace and Utah Standard News won the KMV Award for most accurate journalism and Utah’s Best Print Media for their outstanding efforts to promote measures that protect voters’ constitutional rights. Wallace is the creator and publisher of UtahStandardNews.com and is a staunch advocate for the return of the proper role of government and a defender of the Bill of Rights. Wallace, along with St. George attorney Larry Meyers (Liberty Law Firm) and Jake Albrecht (Flitch Creative), began publishing USN two years ago and have printed over 26,000 articles and is the only Utah-based media that covers the entire state in addition to reaching all 50 states and over 130 countries.

In presenting the award, Dave Bateman, founder of KMV, said “Nobody else does what he does.” Wallace has been called a “Utah treasure”,  ”the Breitbart of Utah” and “one of the few journalists left in Utah.” Julie Blaney states “The vast work Ed has done in our state and county is mind boggling! He has shed light on hidden topics that would have remained secret, and because of his articles, he has made a credible and respected name for himself and Utah Standard News.”  Travis Seegmiller (Utah HD62) has stated “You are an exemplary man… You are such an amazing asset to our state and nation… You are the only one that even remotely captures the true story of what is happening.”  Phill Wright, Executive Director of KMV, says ““By far, the most thorough, in-depth and fair reporting I’ve ever seen.”

KMV was launched in 2013 by local Utah citizens concerned with the Count My Vote (CMV) flawed initiative to eliminate the caucus system and the subsequent Senate Bill 54 passed at the state legislature. The matter is now before the Supreme Court and is expected to be declared unconstitutional. The SCOTUS Amicus Briefs can all be read here on KMV’s website. Both Wallace and USN have made a significant and positive difference in that effort. (See REPORT: Count My Vote (SB54) – The Story So Far)

What began as a response to a growing public awareness by Utah’s ultra-rich to maintain their stranglehold on Utah’s citizens has turned into a full scale push-back. Up until recent years, there was little opposition to the power of the deep state. Now, they couldn’t even get their initiative on the ballot last November despite spending millions and lying in their attempt to get citizens to sign their failed initiative. KMV is now the largest gathering of conservative and constitutional policy activists in Utah’s history.