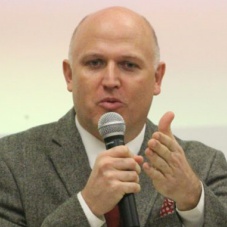 There’s a special meeting tonight of WashCo delegates to pick a replacement for District 62 Representative Jon Stanard, who resigned last week because….. well, you know.

There are 4 major issues that I have concerns about when it comes to who represents me. While these issues do not comprise all of my interests, they do provide a bellwether for political thought (conservative vs liberal vs socialist, etc.)

1 – ArtV. This refers to an Article V Constitution Convention to amend the Constitution for the supposedly purpose of creating a Balanced Budget Amendment. This is a deal-breaker for me.  4 of 7 candidates who responded to my questions were not aware of what an ArtV is. Yes, I did abbreviate it, but, people who follow events, and are engaged at a representative level, would be aware about the issue, and the abbreviation. I can sum up my position on ArtV in one sentence: Would a person with common sense appoint a crack addict to punish their pushers? If you are not aware of ArtV, or my position on it, you can read that here: The Shuck & Jive of Article V (The Constitution For Dummies)

2 – The Lake Powell Pipeline. I figure that God knew what he was doing when he made the earth. What will happen when WashCo runs out of land to develop? Pray for more land? Play God? We need to live within our means instead of creating artificial and unsustainable resources. In my opinion, that would be the conservative thing to do. If the problem is a lack of rainfall, for less money, we could buy a fleet of Sikorsky S-64E Skycranes to sprinkle Lake Powell water over Washington County. And, if the pipeline is so essential to our survival, then a commercial pipeline builder would build it. Our government could steal land via emanate domain and give it to them tax-free. and they could charge a few pennies per gallon. Free-market solutions are ALWAYS better than govt.-based ones, and always cheaper. 5 of 7 candidates support the pipeline and one wants future growth to pay for it. I don’t know how that would work. How would we determine where the pipeline water goes, to new growth or old uses. We’ve already spent $50mil thinking about it. The costs are staggering, no matter who pays. But, it would be easier for us if future generations were burdened with that cost, whether they want it or not. With this much money involved, the old adage of “follow the money” might apply to some degree.

3 – Count My Vote vs Caucus. This is one issue that most agreed with… being against CMV.

If we are to benefit from the wisdom of the founders we must be better educated within our own ranks regarding the principles they endorsed. The founders took measures to steer clear of democracy and explained why. The Caucus system was put in place to keep representation as close to the people as possible while ensuring that campaigns are focused on intelligent debate rather than financial clout.

In my opinion, CMV is the largest and most diabolical manipulation ever perpetrated on Utah voters. It has been done under the guise of fairness and inclusion, but actually does just the opposite. The simple fact is, that the leaders of the Utah Republican Party are responsible for CMV and are now crying to end the suit, knowing that they could very well lose. The Media, CMV and SB54 folks have used the party debt as a club to beat up the party and force them to do their will for years. Very powerful people don’t like it when the Grassroots organize and take care of business and will stoop to any method of thwarting the effort. If the Republican Party has to go down in order for “The Empire” to maintain control, then so be it. There are casualties in every war. As a party, we have been blessed by SCC members who have fought against our party’s abandonment of defending the caucus system and Dave Bateman’s generous contribution to erase the party’s debt as well as provide funds for future legal expenses.

4 – Support for Mitt Romney.  I may be more educated than most about Romney and I am currently working on an article that will shock many when they read it. To others, it will come as no surprise. We have a consistent conservative here in WashCo who has declared his candidacy last December. I have already endorsed Larry Meyers without reservation. 6 of 7 candidates are not happy with Romney, but not all were aware of Meyers.

We are in the middle of a Legislative Session and we can not afford a ‘learning curve’ by his replacement. And, we need to have a representative that reflects our conservative values, and will not change or abandon those principles, as so often happens. So, this is a great opportunity for us to appoint someone who can really make a difference and fight for what we believe in.

This “election” tonight presents an opportunity to react to the issues instead of the hoopla and different personalities, or “he has nice hair”, or is “a nice person and seems trustworthy”. Prior to this evening’s gathering, I have never met any of the candidates, except Greg Aldred, beyond phone calls, emails, and one who went to the trouble of knocking on my door.

Everyone impressed me and I’m glad that so many are willing to step up and serve. There are three candidates who share my values more than the others. I was willing to be happy with 75% agreement. Three candidates reached that level, or more, but one came in at 100%.

I’ve never liked wondering what a candidate thinks and I’ve never been afraid to back a long shot. If this were a ‘rank choice’ vote, on paper, Travis Seegmiller would be first, followed closely by Greg Aldred and Deborah Miller. The primary difference for me with these three, is the pipeline. It just doesn’t make sense, at any cost.