UT Lawmakers, Libertas and Others Want Voter’s Personal Info be Public and For Sale 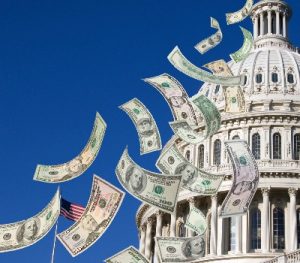 HB348 was originally designed to limit the distribution of the Utah voter list since it contains the personal identifying information of over 1.4 million Utahns.  As originally drafted, HB348 would give limited access to the list to government officials, political parties and voter fraud groups.

However, during multiple committee hearings, certain members of the House Government Operations Standing Committee made it possible for a huge number of others (candidates, political consultants, political pollsters, citizen groups, etc.) to obtain voters’ personal information including their full-birth dates.

When the bill eventually came to the House floor, its sponsor, Representative Rebecca Edwards, replaced (substituted) it with a new version that simply allowed individual voters, who had concerns about their safety and security, to make their personal voter records private in order to prevent them from being sold to the public, political parties, candidates, financial institutions, insurance companies, health care providers and to their contractors and agents.  This was critical because anyone purchasing the public list is free to post all 1.4 million voters’ personal information to the internet as was previously done by voterrecords.com.

So, who would oppose allowing Utahns to both protect their personal identifying information when their safety and security is threatened and still be able to vote?  Actually, lots of people and organizations would.  The list below provides a look at some of them.

37 Utah state Representatives including all Democrats less one, and a large number of Republicans put their political parties and personal re-election campaigns ahead of the safety and security of vulnerable Utahns who wish to exercise their right vote.

Libertas Institute opposes any effort to make a voters’ personal information private even if it means that the safety and security of the voter is jeopardized.  Its position is that if its unsafe for you to make your information public, then you shouldn’t register to vote.  Libertas even goes so far as to say that they would consider abolishing the secret ballot.

Libertas justifies its position because “Those who elect to register to vote utilize their political power to affect others, such as increasing their taxes or decreasing their freedom. As such, their identity must be public to organizations, researchers, pollsters, and more, much like a defendant has the right to face their accuser in court.”  So, either a domestic violence victim, a military family that has been threatened by ISIS, a victim of stalking and other Utahns who have legitimate concerns for their safety and security have to make their personal identifying information public or give up their right to vote.

Libertas is even open to abolishing the secret ballot.  When the Utah Rattler asked Libertas:  “To clarify, do you believe a vote should be secret or would you prefer that it be changed and every vote for or against any particular candidate/initiative, etc be publicly disclosed?”, Libertas Institute founder and President Connor Boyak’s responded by writing “Having all votes public is an interesting policy discussion we’d likely be open to. But at a minimum, knowing who is participating in the process seems a fairly low and reasonable standard. Those who desire their privacy can abstain from utilizing government power [i.e. voting] over others, and be content in that privacy.”

So, while 2SHB348 was being debated on the floor of the House, Libertas was busy texting Representatives telling them, in effect, to deny people who have legitimate concerns for their safety and security the right to make their voter records private—domestic violence victims, senior religious leaders, military families, etc.

Libertas came close to getting what they wanted as the bill only passed the House by one vote.  Libertas can be counted on to continue its effort to deny Utahns at risk the right to protect their personal identifying information and their right to vote when the bill comes up in the Senate.

Companies dealing in big data demand that they have access to the personal identifying information of each and every Utah voter so they can use it for their own purposes and profit.  Where else can they get the personal information for over 1.4 million people for only $1,050?

Pollsters demand the personal identifying information of all 1.4 million Utah voters but why should citizens whose safety and security is threatened—domestic violence victims, military families, parents adopting children in contentious circumstances, etc.—be required to provide their personal information to pollsters in order to exercise their right to vote?

It’s important to recognize that even with 2SHB348, the vast majority of voters’ information will still be available on lists available both to the public and to campaign organizations for many years to come.  Furthermore, access to the voter list doesn’t ensure accurate or reliable polls as was clearly demonstrated by President Trump’s election victory where pollsters relied on traditional techniques and totally blew it.

With the advent of social and alternative media, candidates are able to expand their share of the electorate by appealing to members of all parties, unaffiliated voters, and by either registering new voters or by getting people who are already registered but haven’t voted for years to vote for them.  In addition, many people do not even have home phones and voters are not required to provide a phone number on their voter registration form.  So, pollsters need to develop new methods of polling if they want to achieve accurate results rather than just demanding that voters’ whose safety is at risk give them their personal identifying information.

Representative Patrice Arent deserves special recognition for her untiring efforts to ensure that Utah voters’ personal identifying information (Name, address, phone number and even birth date) is made available to as many people and organizations as possible, including an ISIS fighter sitting in West Mosul, Iraq.  She led the charge in both the committee and on the floor of the House to defeat efforts to give Utahns the right to both vote and to ensure their personal safety and security.  The safety and security of domestic violence victims, U.S. military families threatened by Da’esh (ISIS), victims of stalking, senior religious leaders and many other Utahns was of absolutely no concern for Representative Arent.

Representative Thurston did everything possible to keep Utah voters from being able to protect their personal identifying information.  He stalled, he filibustered and he amended the original bill to such an extent that when he was done even more people had access to more of the voters’ personal identifying information than they currently have.  When the bill was substituted to allow individuals who have concerns for their safety and security to make their records private, he still voted against it.  Like Representative Arent, he could care less about the safety and security of Utah voters.

The Executive Director of the Utah Democrat Party

The Executive Director of the Utah Democrat Party argued that the party needed access to the personal identifying information of each and every Utah voter (Republican, Democrat, Unaffiliated, Constitutional, Libertarian, etc., etc.).  In addition, she demanded the full birth date of each voter.