A friend posted this question on Facebook: “Humans are generous with their nurturing empathy. Are we so afraid to be the victim that we tend to nurture the predator more than the prey?” 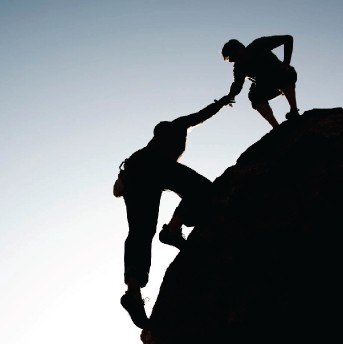 Their question poses an interesting paradox. In giving empathy, we’re afraid that we’ll be damned if we do, and are certainly damned if we don’t. On one hand, the survival of humankind is most likely dependent on empathy. Without it, we would most likely become extinct. I think that empathy is part of the ‘God particle’ that we are born with and thus, it’s a natural part of being human and we have a great capacity for it. It is given out of love and is for children, for lovers, our extended family, and for others who have empathy. The ability to recognize, appreciate and respond to another person’s feelings and life experiences creates a beautiful bond and is one of the primary sources for intimacy … as long as it is with the right people. It is not for predators or selfish takers who will exploit our sympathy and milk every drop of kindness out of us. Without discrimination, empathy can be a form of masochistic self abuse as well as a self-defeating weakness. It would be like inviting a sociopathic person into our life and saying to them, “Here I am… exploit me… use me for your will… lie to me, because my love and respect for myself is so low, that without you, I am nothing.” The cruelty and meanness that would come from that situation should inspire enough fear to keep our empathy hidden and safe from non-empathetic people. In other words, our empathy can come from weakness or from strength. As a strength, one would surround themself with empathetic people. The beautiful thing about empathy is that it doesn’t have to be forced. It flows naturally and is part of the life blood that binds us, as couples and families, as a civil society, and as the human race, and we know when we have it, even if we are afraid of it. When we give it, and it is returned, then we’ve made the right choice. If I were to observe a human predator going after prey, I would have no empathy for the predator, regardless of their life situation. 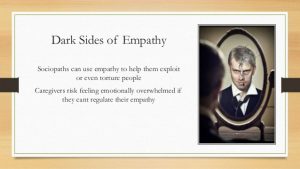 As to “Are we so afraid to be the victim”…. if we allow our fears of repeating the past, or negative events in our life, to affect our present, then we choose the past and those events to control our future. The definition of insanity is doing the same thing over and over while expecting different results. When two people recognize their fears and wish to move beyond their self-defeating behavior, and allow a ‘coming together’, then both choose strength and trust. While they may continue to make mistakes and err in judgment, at least they created the possibility of becoming victors instead of remaining victims.

Their question is a little confusing. It seems to be asked from a first and third person perspective. If one is afraid of becoming a victim, why would they nurture their predator? And who is the prey… oneself? Would they then be self-protective or seek to exist in a ‘fantasy’ relationship with their predator by nurturing a false connection that exists only in their head?

If a man pursues a woman, does that make him a ‘predator’. That would depend on the man and the underlying motives for his pursuit. How can a woman discern what those motives are? Reagan’s quote comes to mind….. ‘Trust, but verify’. Is he sincere? Is he honest? Does he convey his interest in a way that threatens or demeans? Does he show respect and understanding? Does he try to grab her hand? Or, does he simply extend his and say ‘Here I am. This is me. I’m here with you. You do not exist for me.’ Maybe in extending his hand, he is just unable to contain his gratitude, for the gift of her.

Love and empathy have a way of finding light in even the most unlikely and darkest place. When moisture finds a seed, even if it lays in-between a crack in a filthy gutter of a slum, it will grow because it has nourishment. And it will be there to be seen and inspire, as a reminder that life is all around us and does not need a beautiful garden that is lovingly maintained to flourish. Even when a life has been neglected, by oneself or others, the miracle of abundance can overcome the darkest of circumstance and leave us in awe at the improbable and impossible springing of life and love. We just need to notice and acknowledge. The seeding is still there even if we don’t see it. It is our loss to not look because of the blinders of the past or the fear of being hurt. Our surroundings are always present. We may not be aware of everything, only because we see what we want to, or are only looking out from a state of fear. The universe will support us, and cheer us on, no matter what our desire is. And, we will reap what we sow. 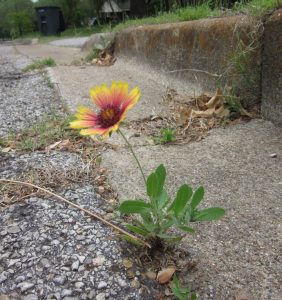 “Compassion is a complicated emotion.  Imaging how it would impact the daily life of a wild animal.  Consider the cat.  Cats are obligate carnivores – this means their bodies require meat to survive, and their bodies lack the appropriate enzymes to digest plant material.  If a wild cat became unable to kill and eat prey, it would die. In this regard, nature doesn’t have room for compassion.

From the other side of the fence, consider a mother’s compassion for her young.  Since this very directly effects a species’ ability to propagate, it is for the benefit of the species that mother animals be “compassionate” and nurture their young.  In this way, nature favors compassion.

If an animal felt empathy for its food while it was acquiring it, or eating it, then it might not eat it.  That animal would then be more likely to starve to death.  So all the animals that felt empathy for prey while engaging in predatory behavior or eating would die, leaving only the ones that did not. 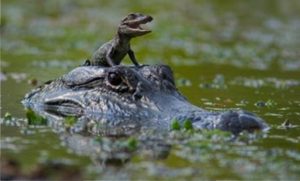 I guess in short, you could say that animals do display compassion, but not when it interferes with their direct survival. It’s not so mysterious.  Eating and surviving comes first.

Even humans distance themselves when preying on animals or eating.  They do generally have enough empathy to be sure their prey is dead first… usually.”

I’m glad I’m not an animal. And, I’m grateful for a friend that would ask such a question. 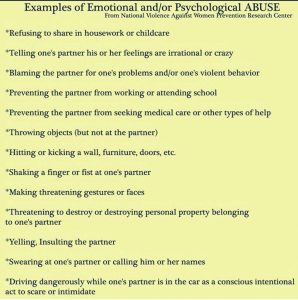 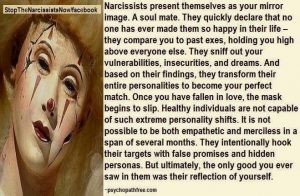