Lack of transparency should disqualify Dayton and Henderson from Congressional Race 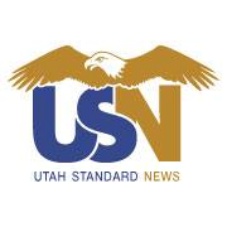 As members of the Utah State Senate, Margaret Dayton and Diedre Henderson, candidates for the Republican nomination for U.S. House District 3, have a long history of Washington style politics where decisions are made behind closed doors.

Throughout their tenure in the state senate, Dayton and Henderson have supported and participated in the Republican’s closed caucuses which raises serious questions about their commitment to open, transparent government.

During these caucus meetings Republican Senators discuss key legislation and policy issues.  They then make their decisions in private without any constituents present or media reporting. Since the Republicans control the Senate by a large majority this effectively determines the fate of the issue being discussed and floor debates are generally nothing more than theater since the key decisions have already been made in the caucus.

Dayton and Henderson fully accept and participate in this closed system. They have never demanded that the Senate caucus be open and they have never refused to attend the caucus unless it was open. This is Washington style politics at its worse.

In addition, Dayton and Henderson have both chaired the powerful Senate Rules Committee. In that position, they held bills in the Rules Committee that Senate leadership and the Republican caucus did not want moved forward, thereby effectively killing those bills by their unilateral action.

This lack of transparency and backroom decision making is not what citizens expect of their representatives and as such it should disqualify both Dayton and Henderson from serving Utahns as their representative in the United States House. After all, the Washington swamp doesn’t need more elected officials who have made a career of Washington style politics at the state level.