This is the fifth, and at least for the time being, final in a series of columns on proposals to reform the Utah legislative process.

The American system of government requires, as the Federalist Papers explain, a higher degree of virtue and participation by its citizens than any other form of government. It requires traits of private character such as moral responsibility, self-discipline and reliance, civility, respect for law and an active interest and/or involvement in the political process. 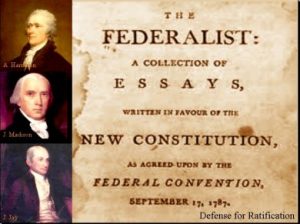 An informed and active citizenry coupled with institutional safeguards built into the separation of powers is absolutely critical to control government and to protect the Constitution for as Madison notes in Federalist 51:

“If angels were to govern men, neither external nor internal controls on government would be necessary. In framing a government which is to be administered by men over men, the great difficulty lies in this: you must first enable the government to control the governed; and in the next place oblige it to control itself. A dependence on the people is, no doubt, the primary control on the government; but experience has taught mankind the necessity of auxiliary precautions.”

The four specific reforms proposed in this article are:

– 1. Stop requiring citizens to make their voter registration records, including their personal information, public in  – order to exercise their right to vote.

– 3. Actively encourage individual citizens and citizen groups to maintain a presence at the legislature as unpaid, volunteer “citizen lobbyists” and as “citizen watchdogs.”

– 4. Provide more opportunities for a wide range of citizens to serve on government boards and commissions.

The parties and powerful business interests have consistently killed attempts to stop the state from selling the Utah Voter Data Base which contains the personal information of roughly 1.5 million registered voters.  While the data base sold to the public excludes birth dates, political parties and businesses, including payday lenders, banks, insurance companies, LexisNexis and others are allowed to purchase the birth dates as well as all other personal information (full name, address, phone number, etc.).

Efforts to make all voter registration records private by default have all been defeated.  The two major parties have, however, made a registered voter’s e-mail address a private record because they already have that information and they want to maintain their monopoly on it.

The bottom line of this recommendation is that no citizen should be required by any political party, or any business group, to make their voter registration records, including their names, addresses and phone numbers public in order to exercise their right to vote.

* Action: Pass legislation immediately to make all individual voter registration records private unless voters specifically authorize the state to release their records.  Limit access to the voter list for official purposes and for the investigation of voter fraud.  Stop the sale of the Utah Voter Data Base and the sale of voter registration information by county clerks. 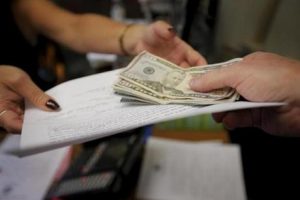 * Action:  Abolish the filing fee in order to encourage as many individuals as possible to run for office.

– 3. Actively encourage individual citizens and citizen groups to maintain a presence at the legislature as unpaid, volunteer “citizen lobbyists” and as citizen “watch dogs.”  Level the playing field which currently is tilted in favor of professional, taxpayer financed and private, crony capitalist paid for lobbyists.

* Action.  Legislators should actively reach out to their constituents and ask them to participate in the legislative process by testifying on bills, proposing legislation and acting as citizen lobbyists and as citizen watchdogs. Citizens should be specifically asked to attend hearings and to provide public input on proposed legislation. In addition, citizens should be strongly encouraged to review and follow the progress of bills either in person or through the excellent state legislative website.  Finally, during the legislative session, legislators should spend more time with their constituents who are busy working to make ends meet and less time with lobbyists. 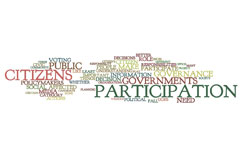 – 4. Provide more opportunities for a wide range of citizens to serve on government boards and commissions.  Boards, commissions and other appointed positions tend to be filled by a relatively limited number of people who represent business, political and other special interests. Many of the same people serve for years and they often come from similar backgrounds which results in a one dimension view of issues, a lack of fresh ideas, corporate welfare and inadequate innovation to meet the needs of all of the citizens in a rapidly growing state.

* Action. Actively promote opportunities to serve in appointed positions through the media and through contacts with a wide range of civil society organizations. Require that all commissions, boards, etc. include a wide diversity of views and experience and prohibit any person from serving on more than one appointed commission, board, etc. at any given time. Also, limit the number of boards and commissions that the Salt Lake Chamber staff and its front groups can serve on and prohibit employees and contractors of taxpayer funded associations from serving on commissions and boards.

As previously discussed in the fourth column of this series, requiring a double majority to pass ballot proposals would also include greater citizen participation.  In addition, a more representative and competitive political party system in Utah would help with voter turnout.

This concludes this current series of columns on legislative reform.  However, as these proposals evolve, and as new proposals come forward, they will be the subject of future columns.  In the meantime, if you agree with any of these  proposals, take a minute to encourage your state representative and state senator to implement them. 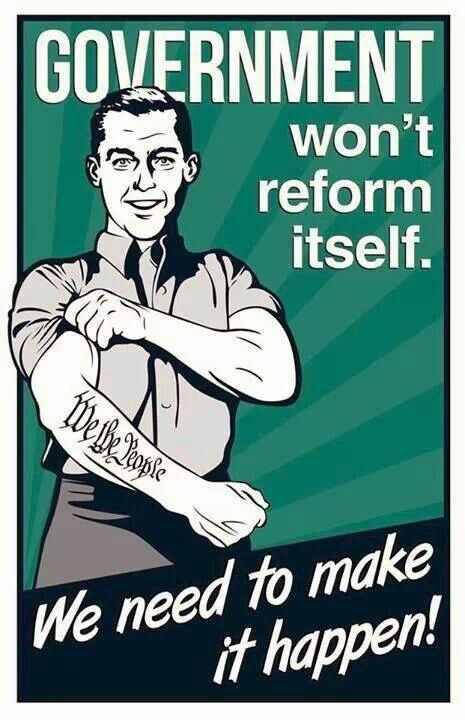