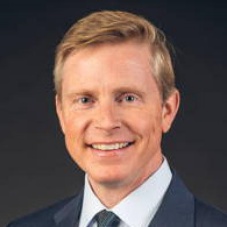 By Ed Wallace, Jun 8,2016Folks, this is a no brainer. The differences between Jonathan Johnson and Gary Herbert couldn’t be clearer. Governor Herbert’s flipping on Common Core (he brought CC to Utah) and the Caucus system (he signed SB54 into law), and his ‘play to pay’ statements ( ‘I’m available Jones’ ) should be enough for any reasonable and informed voter to see that this is a man who will say and do anything to retain his power and get reelected. Herbert has proven beyond any reasonable doubt that he is slippier than a wet fish. He is typical of many of our elected officials who shake one hand against federal overreach while accepting Washington’s cash with the other. Herbert, and many others, have done little to reflect Utah’s standards as being the ‘most conservative state in the country’.I don’t want to make this into a ti-raid against our Governor, but lets look at a brief summery of some of his ‘achievements’:– Besides being a longtime advocate of Common Core, he has advocated for more federal control over our children, including his support for the Every Student Succeeds Act. His positions on education have lessened the  power of parents and local educators.

– Herbert has increased federal encroachment by increasing Utah’s financial dependence on Washington from $2.5 billion to $3.8 billion a year.

– He has raised property tax, fuel tax, sales tax and tobacco tax and is working through the National Governor’s Association to collect an internet tax on everything purchased.

– He has consistently stopped or vetoed Constitutional Carry and even proposed a background check for BB guns on Utah.

– He is the only Republican governor to welcome Syrian refugees into his state and President Obama has enlisted Herbert’s aid in convincing other governors  to follow suit.

– In the past six years, he has talked the talk about securing a transfer of our public land but has done nothing meaningful. Incredibly, he supported a new national monument in Utah until public outrage changed his mind.

– He takes credit for Utah’s economy. Instead, he should be thanking us for our hard work, efforts and success.

I could go on, but you get the drift. A vote for Herbert would be a vote for more taxes, bigger government, more federal intrusion, more government control, and less freedom. Our Constitution has been progressively ignored by all levels of state government. Our Governor leads the pack.

Jonathan Johnson is a good and humble man. He is genuine in his concern for our lives and he wants to serve. This election is not about how we can fix our problems. It is about WHO can fix our problems. Our problems cannot be fixed by establishment politicians who campaign to fix the problems they created. Would a person with any common sense appoint a crack addict to oversee his own rehabilitation?

Our state badly needs someone who understands leadership. Johnson has a proven and positive record as a business leader. He is a leader with real conservative principles… the kind of principles most of us share. He has the ability and character to present practical and efficient solutions to the difficult problems we face. And, he will do so without compromising his principles, or ours. I encourage you to not settle for the status quo. Reach a little higher and consider another option.