Utah legislative reform: HONOR AND UPHOLD the OATH OF OFFICE

This is the third in a series of columns on Utah legislative reform proposals.  It focuses on the duty of legislators to honor and uphold their oath of office.

The four specific proposals examined in this column are:

-1. Ensure that all legislative actions are consistent with the oath of office legislators are sworn to uphold.

-2. Defeat bills and repeal statutes that violate the oath of office.

-3. Discharge all duties with fidelity. 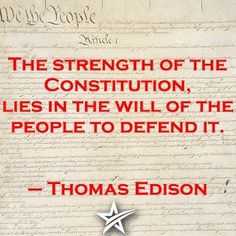 -1. Ensure that all legislative actions are consistent with the oath of office legislators are sworn to uphold.  Individual legislators frequently fail to uphold and honor the oath they have taken. Some legislators occasionally violate their oath, usually due to intense political pressure by lobbyists and their own legislative leadership.  Still other legislators rather consistently ignore the Constitutions that they are sworn to defend and rather than discharging the duties of their office with fidelity, they put their own personal interests and those of special interests ahead of the citizens who they were elected to represent and serve.  And still other legislators seem to simply forget that they have taken an oath and proceed without ever giving it a second thought.

*Action.  During the drafting of legislation, in committee hearings and in floor debates, bill sponsors and other legislators should be required to explain how a particular bill complies with the oath of office they have taken and how it supports and defends the Constitution of the United States and the Constitution of the state of Utah.

For example, in 2011, in violation of their oath of office, Utah legislators passed unconstitutional legislation (HB116) that rewards the employers of illegal aliens by giving them a virtually permanent, low-cost, and readily exploitable captive workforce. 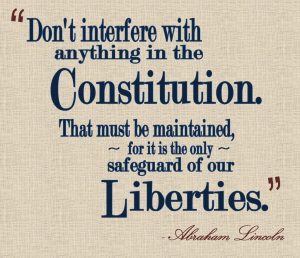 In addition, the bill gives illegal aliens who routinely commit multiple job-related felonies, including child identity theft that impacts an estimated 80,000 Utah children, a total pass from their crimes.

It leaves the families of the victims of illegal alien driven identity theft to try to undo the very serious damage done to the hopes and dreams of their innocent children.

It allows the family members of illegal aliens who have committed the most serious crimes ranging from drug dealing to murder to obtain family permits by exempting them from background checks.

It authorizes any illegal alien who ever lived in Utah prior to May 10, 2011, regardless of where they currently reside, to get jobs with Utah employers.

At the same time, if fails totally to provide the compassion that its supporters promised because it offers no means for illegal aliens to ever get right with U.S. immigration law.

In fact, the bill that passed is so bad that it was opposed by John Wester, Catholic Bishop of Salt Lake City and a leading advocate of illegal aliens, the ACLU, the Utah Coalition on Illegal Immigration, the entire Utah Congressional delegation and by Utah Republican state and county delegates who passed resolutions calling on the legislature to repeal and replace it.

This is not the first time that the legislature has violated its oath of office on immigration issues. It has also authorized driving privilege cards for illegal aliens and in-state tuition for adults who are unlawfully in the United States.

All of these bills arguably violate 8 USC 1324 which makes it a felony encourage or induce an alien to come to, enter, or reside in the United States, knowing or in reckless disregard of the fact that such coming to, entry, or residence is or will be in violation of law. The penalties for violating 8 USC 1324 include fines and/or imprisonment of not more than five or ten years depending on the nature of the violation.

Although these examples all deal with the violation of the oath of office as it relates to illegal immigration, over the years the legislature has passed many other bills that are equally egregious. 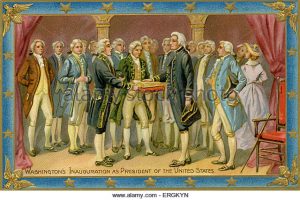 When decisions are made in closed caucus meetings, when lobbyists are granted special access in return for campaign contributions, meals and other perks, and when legislative leaders amass huge campaign war chests and use them to reward and punish other legislators, they are not discharging their duties honorably and with fidelity.

Likewise, when legislators rush bills through without reading them, when carefully scripted, sham hearings are held on bills, when major substitute bills are passed on the last night of the session at the very last minute, legislators also fail to discharge their duties with fidelity.

They also fail to discharge all duties with fidelity when they don’t carry out their oversight role, allow more and more nice-to-haves into the budget and divert limited taxpayer funds from the core functions of government to nice-to-have programs.

When they allow tax consuming entities to use taxpayer funds to lobby them and to provide them with golf tournaments and other perks, they fail to discharge their duties with fidelity.

And when they pass highly unpopular legislation that they insist is in the best interest of the public without first educating the public and gaining its support for it, they are not discharging their duties with fidelity.

One of the founders’ greatest concerns was that government power would be too concentrated and abused.  In order to prevent that, they constructed a system full of checks and balances. These checks and balances included provisions for the states to help control and restrain the federal government and vice versa.

As James Madison explained in Federalist 51 “In a single republic, all the power surrendered by the people is submitted to the administration of a single government; and the usurpations are guarded against by a division of the government into distinct and separate departments. In the compound republic of America, the power surrendered by the people is first divided between two distinct governments, and then the portion allotted to each subdivided among distinct and separate departments. Hence a double security arises to the rights of the people. The different governments will control each other, at the same time that each will be controlled by itself.”

Thus, the compound republic was specifically designed to limit the power and abuses of government by providing for each level of government, state or federal, to serve as a check on the other level.

This may mean rejecting federal funds and mandates when it expands federal authority at the expense of powers left to the states. It may mean working to gain control over some or all of the nearly 70% of lands in the state of Utah that are controlled by the federal government. And it may mean calling on Utah’s United States Senators to be the guardians of Utah’s role in the federal system in order to maintain the proper balance between the state and federal governments.

The next colum in this series will examine recommendations to control spending and the growth of government.