This column is the second in a series on legislative reforms.  It has six formal transparency proposals:

-1. Let the citizens know who is in the secure areas of the legislature.

-2. Let citizens see who is wineing and dining legislators.

-3. Let the light shine in on legislative Republican Party caucuses.

-5. Identify who is behind each piece of legislation. 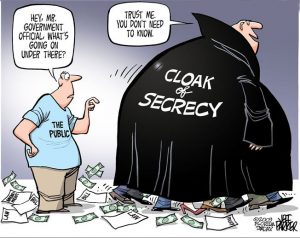 -1. Let the citizens know who is in the secure areas of the legislature.  Citizens spending any time at the legislature quickly learn that certain well connected lobbyists have much greater access to legislators than they do, including, in some cases, virtually unlimited access to restricted areas.  Legislators should be free to meet with anyone they wish in the public areas; however, when certain individuals are given access to areas that the average citizen doesn’t have, the least that can be done is for the legislature to maintain a public log so everyone can see who is in the restricted areas at any given time. Ideally this would be an electronic log available on the legislature’s website in real time; however, it could also be a paper log maintained outside each door of the secure areas that is available for inspection at any time by anyone wishing to review it.

*  Action.  Establish a log that shows who is in the areas that are off limits to the general public: Date, Time In, Name(s) of visitor(s), Name of legislator meeting with, Purpose of the meeting, and the Time Leaving.  The log must be available in real time for inspection so citizens can easily see who is or who has been in the restricted areas at any given time and what they are/were doing there.  Paper logs must be posted to the web no later than midnight of the day they are for. 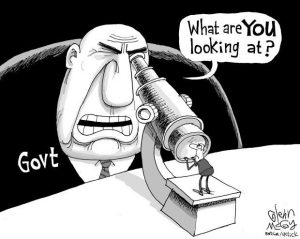 -2. Let citizens see who is wining and dining legislators.  Members of both the Utah House and the Utah Senate are provided with meals, tickets to sporting, cultural and other events, etc. during the session by groups that are trying to obtain a competitive advantage in terms of access to legislators.  Citizens who do not play the game are left standing on the sidelines with far less access to legislators than those who pay to play. If legislators insist on continuing this practice then they can at least let the citizens know exactly who is wining and dining them at any given time.

* Action.  Post a comprehensive list of House and Senate activities that show every meal, snack, event and any other items that are being offered to legislators on the legislative website by 6 p.m. on the day prior to the actual event.  The list should include: the sponsor of the event, the time of the event, the place of the event and a detailed description of what is being provided to legislators (meal, snack, gift packet and contents, tickets, etc.). 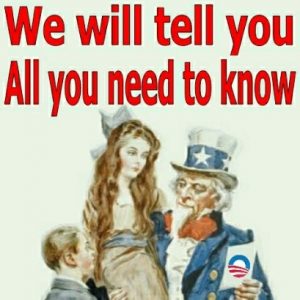 – 3. Let the light shine in on legislative Republican party caucuses.  Republican Senators constantly hold closed caucuses in order to review legislation and to develop a Republican Senate position which guarantees the passage or defeat of a bill before it is ever heard on the floor of the Senate.  This results in committee hearings and floor votes on critical pieces of legislation being carefully orchestrated with predetermined outcomes. Republican House members also close their caucus meeting on rare occasions. -4. Democrat caucus meetings are open.  Since the caucus meetings are an integral part of the legislative process where key decisions are made, all caucus meetings should be open to the public with only very limited exceptions such as when legal or other uniquely sensitive matters are being discussed.

* Action.  Open all Republican Senate and House caucus meetings, with very limited exceptions, to the public and fully justify closing any caucus meeting on an exceptional basis.

– 4. Level the playing field – provide equal texting/calling access to all citizens.  During the legislative session the ability to quickly and frequently contact legislators is a distinct advantage. It is, therefore, inappropriate for the taxpayer funded cell phone numbers of legislators to be withheld from the citizens who pay for them while being shared with lobbyists and other select individuals.

* Action. Require that all taxpayer funded cell phone numbers be made public so all citizens can text and call legislators on these publicly funded devices. Prohibit the use of personal cell phones or other electronic devices for legislative business when the legislature is officially in session to maintain a level playing field for all citizens. 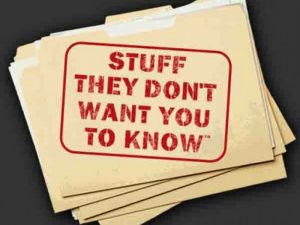 -5. Identify who is behind each piece of legislation.  Ideas for legislation are frequently brought to legislators by various groups including constituents, the bureaucracy, social justice organizations, business groups, think tanks, tax consuming entities and, of course, by the many highly paid lobbyists who are constantly present.  The person or group bringing the bill to the legislator may also provide the legislator with wording for the proposed legislation.

Knowing who is behind a piece of legislation provides both citizens and legislators with a better understanding of a bill.  For example, if the Utah Association of Realtors and a group of land developers are behind a bill to move the prison to a new location, making that information public allows both citizens and legislators to better determine if the move is being proposed in the public interest or for a private interest or both.

* Action.  Include a note on each bill identifying who asked the legislator to carry the bill and/or who contributed to its drafting.

-6. No more “pay-to-play” meetings.  Many special interests ranging from the taxpayer funded League of Cities and Towns to Chambers of Commerce hold meetings, including special luncheons and dinners, with large numbers of legislators during the session to promote their agendas. These may be closed to the public and, in virtually all cases, members of the public are denied the opportunity to present their points of view. 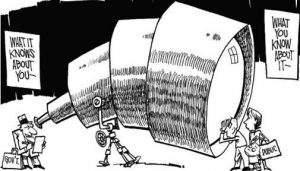 An egregious example of how this process works came to light during the 2011 session when the Davis Chamber of Commerce banned the public from weekly early morning meetings with legislators at the state capitol. According to the Davis Chamber, businesses, elected officials and tax consuming entities pay to be members of the Chamber. They then pay an additional fee to be on the Chamber’s legislative committee in order to have access to and be able to influence legislators at weekly, early morning caucus meetings. The meetings are attended by the entire Davis county legislative delegation and often a quorum of the Davis County Commissioners.

Action.  Require that all meetings organized by special interest groups that multiple legislators or other elected officials attend be open to the public. End the process where access to legislators is sold by interest groups for their private benefit and profit. Also, require that members of the public be granted the opportunity to comment on legislation being discussed in any meeting that is open to the public.

The next column in this series will examine the issue of legislators honoring and upholding their oath of office.