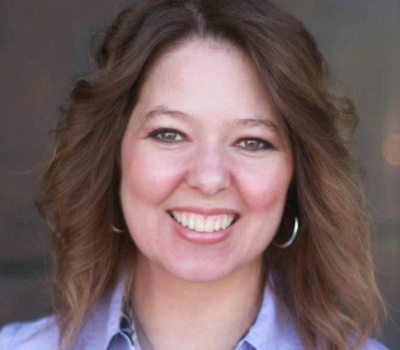 Chris Jones, “Crime and justice”  reporter on KUTV 2News, is working on another one of his hit pieces against a Utah Constitutional conservative. Lisa Cummins, an elected member of the Utah State Board of Education, is his latest target. Alliance for a Better Utah and an unnamed Professor at the University of Utah complained to KUTV 2 News about posts that Ms. Cummins has been sharing on her personal social media that include such issues as pedophilia, vaccinations, and how she chooses to raise her children. Apparently, Jones is upset that Ms. Cummins concerns will influence her USBE participation.

Ms. Cummins has been a proponent for parental authority, local control at the district and classroom level, and standing against federal intrusion at all levels. Since 2010, she has been actively researching education issues, meeting with political leadership to enact positive changes, and working with parents to keep them informed. She is the mother of five children who have attended public, charter, and home schools, and has experienced the pros and cons of all three systems and brings that diverse perspective to the board. Ms. Cummins is known as one of the most principled conservatives in Utah!

On the other hand, Jones is known for shooting very low and has a strict leftist personal agenda. He is well known for his stalking and invasion of privacy tactics and his character assassinations against those who are doing something he disagrees with. One state legislator tells us he was stalked by Jones during the 2018 legislative session. Jones becomes laser focused on destroying conservatives and often misconstrues, mis-edits, counter-attacks and fabricates news where there is no news in an effort to generate #ClickBait. He likes to tear-up his subjects on camera and is part of the misguided leftist “Utah Fake News Media” which has largely become a breeding ground for liberal agendas and everything “Hate America First”.

Ms. Cummins stated to USN: “If the rights of the woman can be protected about what she carries in her body, does it not behoove the parents to protect their children on what goes into their bodies when it comes to vaccines? When it comes to pedophilia, according to Attorney General Sean Reyes and Operation Underground Railroad, the United States leads the world in participating in child sex and human trafficking. There is a TED Talk entitled “Pedophilia is a Natural Sexual Orientation”. I have an obligation (and every SANE adult should as well) to stand up to such atrocities against our children and be on the lookout for pedophilia seeping through to education in the disguise of lowering the age of consent.”

She continued: “If Alliance for a Better Utah wants to stand with me in denouncing the sexual exploitations and human trafficking, as well as pedophilia as an evil practice, than I welcome the partnership. But to say that I am lying and that the movement to make it normalized is not happening is an egregious lie that is emboldening the movement. I have taken the oath to stand for the Constitution which limits government intrusion on the people. It restrains what I am to do. I should not be voting to restrict the rights of individuals unless the action harms another’s freedom. ‘The liberty of one citizen ends where the liberty of another citizen begins.’ What the Constitution also does is protect my right to free speech. I will not be bullied down because some disagree with my opinions.”

The question of not having children in public schools when you are on the school board is an age old trick of the left. The left have become the fascists that are shutting down the voices of parents by suggesting that they, as taxpayers who have chosen homeschool because our public school are failing, should have no voice. Whether a vaccine or an abortion, what right does government have to mandate any procedure or substance that would harm Life in any way?

Ms. Cummins was aware of Jones’ hit pieces on prime-time news and refused to be interviewed. Instead of taking NO for an answer, Jones showed up unannounced on her doorstep with cameras and a phone video rolling. He forced his foot into the door and personally gained unwanted access into her home while demanding that he be allowed an interview, while Ms. Cummins was unable to close the door. Jones stated that he would not air the piece until Ms. Cummins speak with him. Jones and his crew showed up AFTER agreeing to a statement, via email. He sent the email at 9:13, then showed up after 9:30, which means he responded to the email on the way to Ms.Cummins home. It’s no wonder Ms. Cummins felt uncomfortable speaking with him.

So, here we have an active, respected public servant and concerned citizen, being stalked by a supposed “news journalist” with a liberal agenda and a record of destructive “hit pieces” against those who stand up for Utah beliefs and standards…. what would you do if this happened to you?

edited 8/9/2018 2:01 pm -next to last paragraph: from ” …be allowed an interview. Jones stated, while Ms. Cummins was unable to close the door, that he would not air the piece”

to : “be allowed an interview, while Ms. Cummins was unable to close the door. Jones stated that he would not air the piece”

One comment on “UT School Board Member Stalked by KUTV2 News”