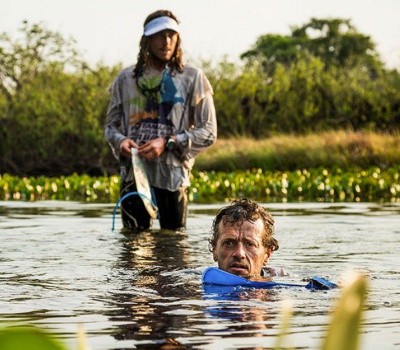 There’s no doubt about the distrust and deteriorating relationship between the majority of SCC members and the executive leadership, and that constructive communication is lacking. Since he was elected last year as UTGOP Chair, Rob Anderson has done everything he can to cause division within the SCC and has never, not even once, offered an olive branch to the majority of members that he’s alienated.

Instead, in true dictatorial fashion, he continues to find ways to make himself less popular than he already is. There seems to be no bottom to his endless disregard for party bylaws and his efforts to destroy the Republican party and the caucus-convention system.

Anderson continues to pull tricks out of his sleeve with less appeal then a burnt-out Las Vegas street magician. The word on the street is that Anderson has told County parties that the SCC Bylaw change has been ruled null & void and should be disregarded. To say that is a lie would be insulting to the word ‘lie’. Anderson has disregarded the will of the party’s ruling entity since he assumed his position. In his “ruling”, he cites no precedent, finding or ruling, bylaw infraction or party Constitution violation, and not one legal fact. He just arbitrarily declares.

Anderson has turned the party into a “loose cannon” and is probably responsible for the mass exit of legislators who are scared of what the party has become and Anderson’s destructive tactics. Dictators depend upon people losing faith and pulling away. They do not do well with engaged people.

Anderson refers to the SCC majority as a “small minority” and “rouge” members. However, not once has he been able to marshal his so-called massive majority to counteract what the real will of the party is. Since Anderson has declared the State Central Committee “null and void,” the SCC should return the favor. The SCC holds the authority and power here, not Anderson, who refuses to do the will of his own party.

The problems that the party are facing cannot all be blamed on the Chair. Many SCC members are not living up to their duties and not attending meetings. Many have complained about the  “stubborn few”, the“Radical”, “Extremist”, “Right winger” and “small minority”. Let’s put these comments through the fact-checker, shall we?

There was adequate attendance at the emergency SCC meetings as per the rules. There are about 180 members of the SCC with average attendance of about 110, meaning most make just under 3 of 4 meetings a year. There are 110 concerned members on the SCC,  a clear majority, that is described as a “small minority” and are met with the idea that a small group wants to control the party. They are called names like “right-wing zealots” by the media and “Radical Extremist” by their fellow SCC members, most of whom don’t even show up.

This is a typical Saul Alinsky tactic to accuse others of doing what you are doing. They should not be judged for what they did. The meetings were admittedly properly called, whether convenient or not. Some members chose not to be there for whatever their reasoning was. That was their choice and not the choice of the “stubborn few.” They are equally accountable for the outcome as are those that did attend.

A survey of SCC members was commissioned and taken in January of 2018. 101 members out of 140 members who took the survey are in favor of a single-path Caucus Convention System. As evidence, during a regular SCC meeting on January 27, 2018 where 129 members of the State Central Committee were credentiale, only 3 people vote to drop the lawsuit. Kathleen Anderson, Daryl Acumen, & Dana Goff.

One SCC member stated “Whether in agreement or disagreement with the outcome, it is blatantly unfair, unjust and a breach of etiquette to condemn us for being successful when others failed to participate. We are the SCC when a quorum is present. Is there no SCC when one member is absent? Of course not. At what point do we assert their illegitimacy? I suspect for some it is at the point where they express in a majority their will when others chose to be silent and absent. When has the whole SCC ever gotten to the meeting.”

Since SB54 became law four years ago, there have been FOUR state conventions. During that time no one has ever brought forth an amendment to change the Constitution. The adopted bylaw follows the advice by the District Judge to set the membership of the UTGOP.

So, is this organized chaos or anarchy? Who are the “fringe elements” and  “lunatics” in the UTGOP? Those who want to follow the rules and save the party, or those working to destroy the party?

Here in the desert, Utah has a swamp. Many don’t see it because maybe they’re part of it to one degree or another. Many others are bathing in it.