Utah State Senator’s ties to Mexico and illegal aliens – Who does she really represent? 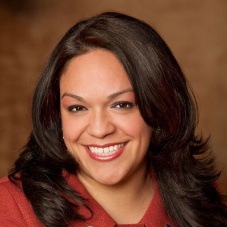 Utah State Senator’s ties to Mexico and illegal aliens – Who does she really represent?

According to a news report, Senator Robles Escamilla finds it worrisome that the U.S. Immigration and Customs Enforcement (ICE) may be targeting the holders of Utah’s Driving Privilege Card (DPC) for deportation.

In Senator Robles Escamilla’s view, information associated with the DPC, which is only issued to individuals who cannot prove lawful presence in the United States, should not be used by law enforcement to track down illegal aliens.

It is important to note that when Senator Robles Escamilla was advocating for the DPC in 2005 she was also serving in Governor Huntsman’s administration as a Utah state employee.  Then, as now, she justifies the DPC by arguing that illegal aliens will drive unlawfully without proper training, licenses or insurance unless the citizens of Utah cave into their blackmail demands and grant them driving privileges—“either you give us driving privileges or we will continue to drive illegally without insurance as we kill and main Utahns on the highway.”

Furthermore, at the same time she was a state employee and advocating for the DPC, Senator Robles Escamilla was running as a Mexican-American for a three year term (2005-2008) on the Advisory Board of the Institute for Mexicans Living in the Exterior (Consejo Consultivo del Instituto de los Mexicanos en el Exterior—CCIME).

Escamilla was elected to the CCIME advisory board and attended CCIME conferences.  She spoke to the assembled Council with the president of Mexico present and was serving on the Advisory Board when the President of Mexico asserted that “….Mexico does not end at the border.  Wherever there is a Mexican, Mexico is there.  This is why the actions of the Government in favor of our [legally and illegally] migrating countrymen is guided by principles, defense and protection of their rights.”

As a Utah state official, Senator Robles Escamilla has consistently promoted the interests on Mexican nationals who are illegally in the United States.  In addition, through her strident opposition to E-Verify, Senator Robles Escamilla has ensured that illegal aliens are free to use the stolen identifies of tens of thousands of innocent Utah children.

For Senator Robles Escamilla, illegal aliens must be able to build better lives for themselves and their families even if this leads to the devastation of the lives of 80,000 innocent Utah children whose Social Security numbers are used by illegal aliens to get jobs and other benefits they are not eligible for.

Senator Robles Escamilla has shown absolutely no compassion for the innocent Utah children and their families who are the victims of illegal alien felonies.

Senator Robles Escamilla doesn’t seem to care that these American kids are denied student loans because their credit is destroyed by illegal aliens who are using their identities.

She doesn’t seem to care that young adults are denied jobs because the arrest records of illegal aliens using their identities are attached to their names.

And, she doesn’t seem to care that Utah kids are denied critically needed, means-tested, life saving Medicaid assistance because the earnings of illegal aliens are credited to their Social Security numbers.

However, Senator Robles Escamilla does seem to believe that Mexico’s need for the billions of dollars in remittances generated by illegal aliens is more important than protecting the futures of Utah children.

Furthermore, Senator Robles Escamilla facilitates the criminal activity of illegal alien drug dealers who prey on Utah children by providing them with an official state issued document that allows them to drive “legally.”

In addition, human traffickers, sexual predators, identity thieves, gang members and a wide range of other criminals can also use the DPC to move freely throughout the state.

So, Senator Robles Escamilla’s attempt to couch her opposition to ICE in terms of public safety may be seen by some as little more than a thinly veiled attempt to protect criminal illegal aliens from arrest, prosecution and deportation.

Rather than trying to prevent ICE from tracking down illegal aliens by using the information that illegal aliens voluntarily provided to the State of Utah, Senator Robles Escamilla should be supporting ICE’s actions and demanding that the state cooperate with ICE—but she won’t do that.

And most importantly, Senator Robles Escamilla should stop sacrificing innocent Utah children for the benefit of illegal aliens—but she won’t even do that.

So, who does Senator Robles Escamilla really represent—the legal residents of Utah or illegal aliens and the government of Mexico?