The Ultimate Romney Collection of Stuff

A Facebook site “Anyone But Mitt” has organically popped up and is loaded with information that many would rather bury their head in the desert sand about. The following are links to those articles as well as snippets from others. Be sure to share with with all of your friends and family who are Mitt supporters.

This article published at ZeroHedge.com is probable the most informative: 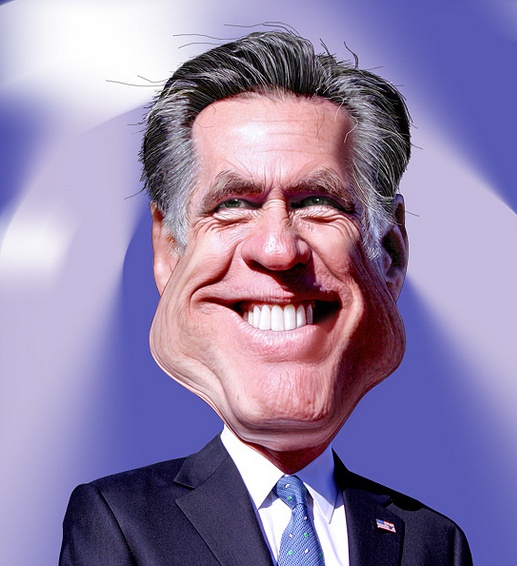 Mitt Romney Is The Real Super-Fraud: Here’s The Proof, Chapter And Verse

Sorry, Mitt Romney, You Can’t Be Chairman, CEO, And President Of A Company And Not Be Responsible For What It Does…

This audio is of Enid Green speaking to a UTGOP State Central Committee. In it, she talks about her experiences with Romney and how he wanted to abolish the RNC as well as his hatred for the Caucus-Convention system.

Here is the video of Enid’s comments WITH CAPTIONS. “One of the greatest problems we had at the convention in 2012 was the overreach by the Romney legal team in trying to do away with all the caucuses, in trying to change the process at the federal level to tell the states what they could and couldn’t do… They thought it would unseemly for a sitting incumbent President Romney to have to go through the gauntlet… of caucuses in the states. So, the Romney team hates caucuses. They think that it beneath the dignity of a candidate for President to have to go out and do caucuses. https://drive.google.com/file/d/13uPJd4yvhz-lX7CPRc6F_uR6LX1CX4ZB/view

“Bash Trump, take him up on his invitation to the White House, come out rolling your eyes. Call yourself a Republican then go against everything that stands for, i.e: Support the NDAA, the USA PATRIOT Act; Universal Healthcare, etc. Say you are Mormon but deny one of the very tenets of your religion, stating outwardly and publicly that “God has not spoken to a prophet since Moses.” Be 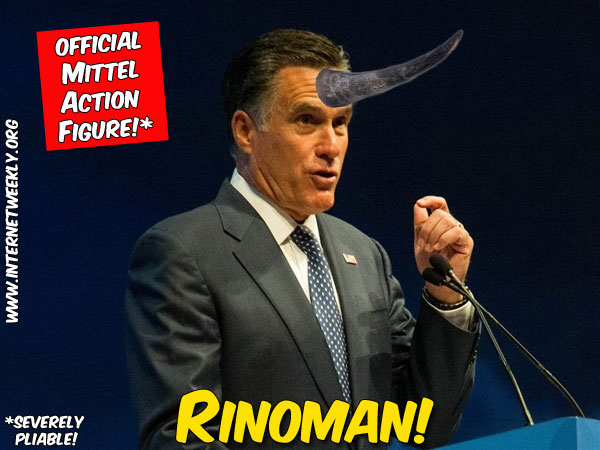 pro-abortion part of your career … then pro-life for part. What will it be next?”

A great compilation video of Mitt Romney lying through his teeth, flip flopping and bs-ing people… but still with his “presidential” hair in place.. The Ultimate Mitt Romney Flip-Flop Collection

What Every Utah Voter Needs To Know About Mitt Romney

What Mitt Romney wants you to forget

National Review: Romney Is a Misfit for America

Is Mitt the Next McCain?

MittvMitt.com: The story of two men trapped in one body

Anne Romney said her biggest concern about her husband Mitt, is his “mental well being”. She also wished that she never got involved in his presidential run for office, but she said the reason was, no jobs were created during Obama’s first term. Either this woman is looking at the world through rose colored glasses, or she is being a plain ass about it, like the idiots, who collectively would tell same old lies, day in, day out. Read more at http://www.politicususa.com/ann-romney-worries-mitt-romneys-mental.html 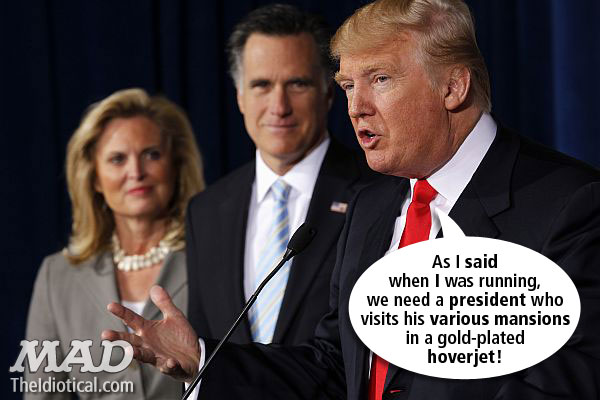 Having covered him closely as a radio talk show host on WRKO in Boston while Mr. Romney was governor of Massachusetts, I know his record inside and out. Mr. Romney claims to be a social and fiscal conservative. But his actual record demonstrates that he is nothing more than Ted Kennedy in a Ronald Reagan costume. Utah voters deserve to know the documented truth about Mr. Romney. Here it is.

Increased taxes and fees by close to a billion dollars which destroyed the Massachusetts’ economy and opposed the Bush Tax Cuts. Proof here

Passed over Republican lawyers for three quarters of the 36 judicial vacancies he faced and nominated 2 open homosexuals. Proof here

Supports passage of the Employment Non-Discrimination Act which would force churches and other religious organizations to hire homosexuals and transvestites or face criminal fines and prosecution. Proof here 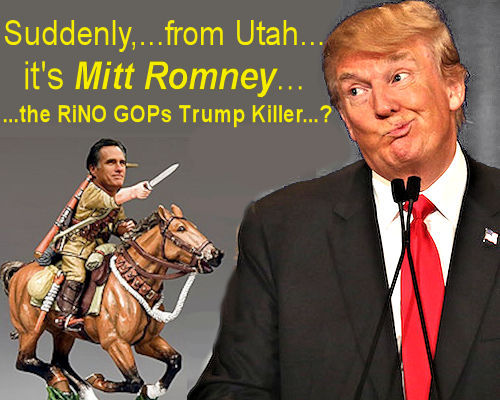 David  Garber – When a Boston interviewer asked Mitt Romney in 2007 if he’d heed his Church’s prophet about political matters, I was eager to hear him give a great response about how he had great respect for President Hinckley, and would make all of his decisions both prayerfully and carefully; instead, he quickly denied that God had spoken to anyone on Earth since Moses. That interview left me with concerns about his personal virtue, just as my investigations into his record left me with concerns about his political wisdom. From increasing political regulation of firearms to advancing the same-sex “marriage” agenda to enacting collectivized medicine to allowing Presidents (not Congress) to declare war to denying accused criminals their Constitutional civil liberties, Mitt Romney has taken the wrong side on many pressing issues of our era. I couldn’t conscientiously support him in 2008, nor in 2012, nor in 2018 as he seeks to become Utah’s newest U. S. Senator. We Utahns don’t need to send Massachusetts values to DC. Please join me in upholding a virtuous wise Utahn statesman who will give more than mere “lip service” to the U. S. Constitution. Are you with me?” 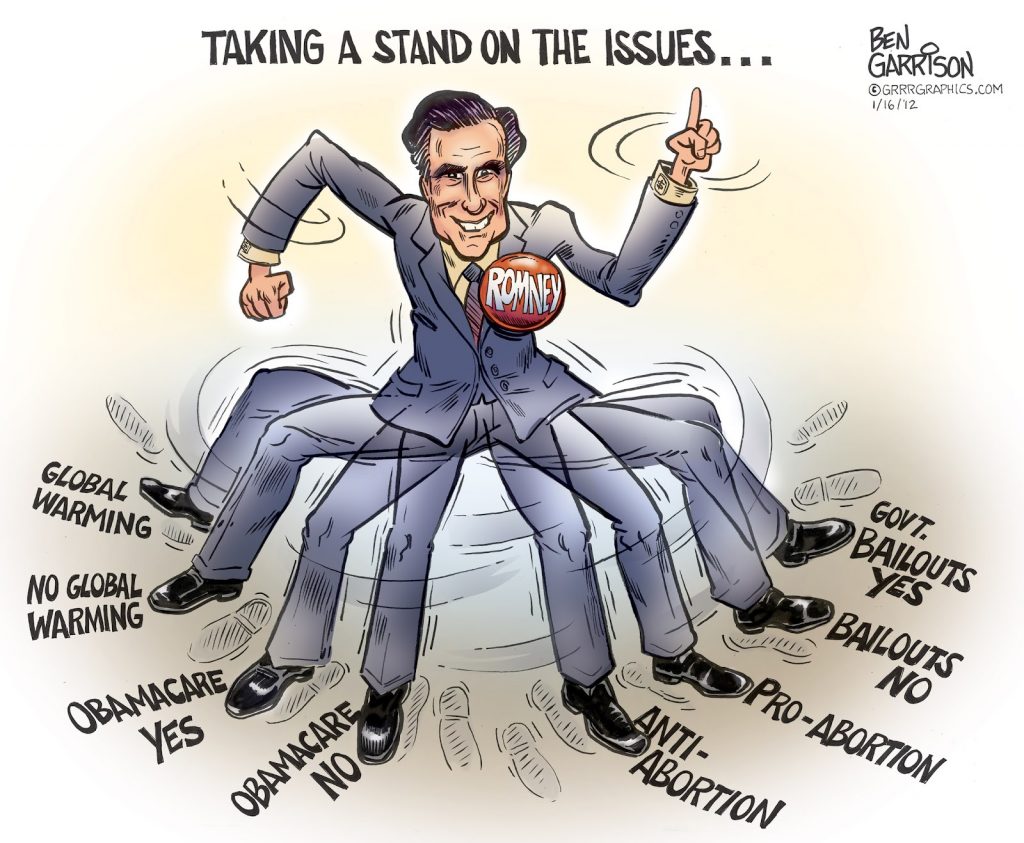 Mitt – Is He Floppin’ Around Again? Mitt Romney stated his intentions to flip both ways and go the caucus AND signature route, but as of 8am this morning, he had yet to file as a caucus candidate. Could it be possible that Romney is taking his campaign and the voters of Utah for granted and assuming that he doesn’t need to do the minimum candidates typically do to win? The filing deadline is today at 5pm. Even a write-in vote has to declare by then. Beware the Ides of March!!!

It will be interesting to see what happens if Mitt doesn’t declare his candidacy. Maybe he doesn’t know about the deadline and he’ll go back to where he came from! Let’s not tell him

Romney is working hard right now to get delegates who will support him out to caucus and elected. But,

ex-Senator Bennett tried the same strategy and it didn’t go so well for him. Romney is sending out emails daily, marked urgent, that ask people to run as a state delegate and support him. Many of them ask you to sign something and send them back if you’ll run as a delegate and vote for Romney at convention. Some people are probably falling for it, and it could change the dynamics of the types of delegates we get.

This unethical tactic should cause concern because it is exactly the type of corruption that has been rampant in our caucus-convention system. Is seems to me that we can do better and drain the swamp instead of bathing in it.

Delegates should meet and vet all candidates. That is how we get good candidates. Caucus attendees usually pick well-informed, smart delegates who can think for themselves, not sheep in someone’s predetermined barnyard.

Speaking of barnyards, remember those photos of Mitt driving the tractor and looking at the cow while dressed in his designer jacket, cowboy boots and spotless jeans? Here’s how that photo-op went down: Mitt’s limo driver pulled up to the farm. Mitt got out and walked over to the tractor, climbed up 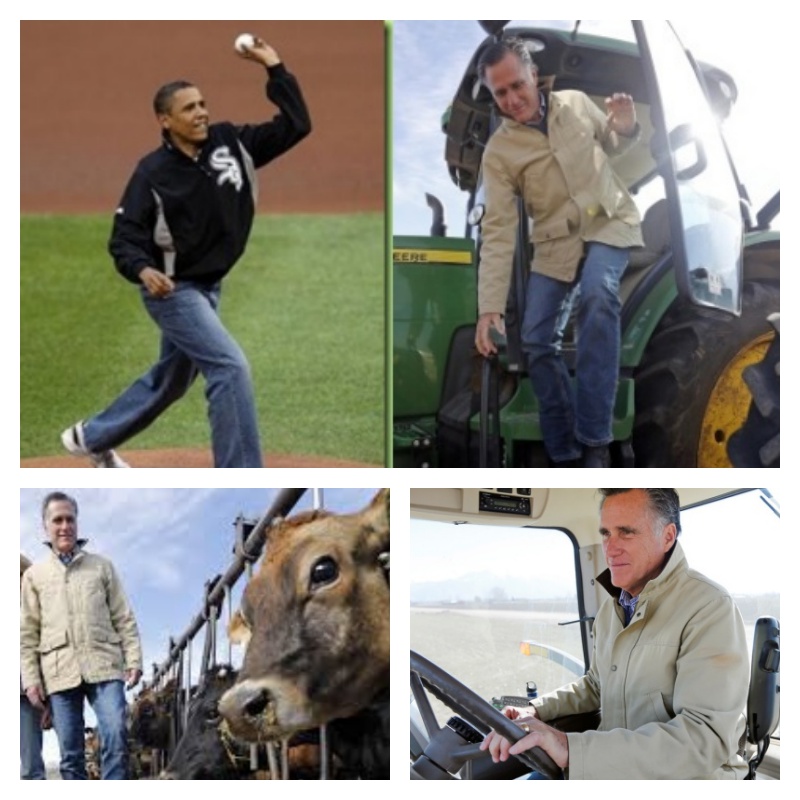 and posed with his hands on the steering wheel, climbed down, looked at big tractor tire and then actually touched the tire (don’t worry, it wasn’t dirty). He climbed down from the tractor the same way that Obama threw a baseball. Then he walked over to the corral and got his pic taken looking at a good-lookin’ daisy cow. Then, he walked back to his limo, got in, and the driver took off. Mitt didn’t want to know anything about the farm. He hair was perfectly coiffed.

Steal the Delegates and Run: Let’s face it…. “Pristine” is not a word that many would use to describe Utah politics. Nor are many of our politicians and leaders “the light of the world” mentioned by Christ in His Sermon on the Mount. Actually, quite the opposite. Our political establishment, along with their partners in Utah’s mainstream media, continually find ways to lower the bar even further than it already is. They misrepresent, they distort and give incomplete information, filled with deliberate propaganda and falsehoods, and they avoid and hide the truth. They even go so far as telling us to “Count My Vote” as they work daily to undermine our democracy and our republic. 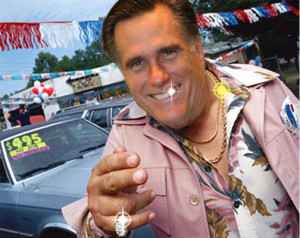 One involved voter recently attended a “meet Mitt” event. When he walked in they were collecting signatures and saying things like “sign and you can meet Mitt” He refused and they were stunned. 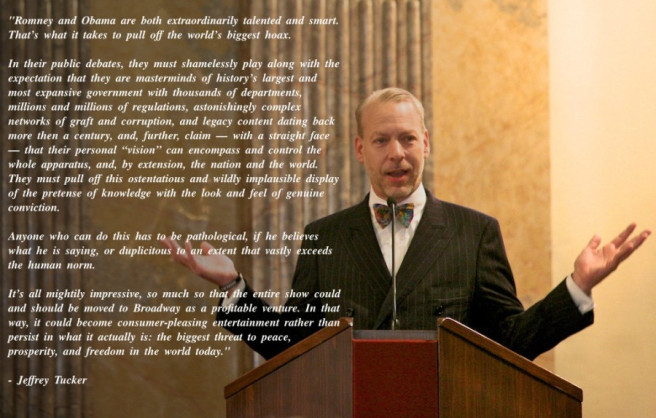 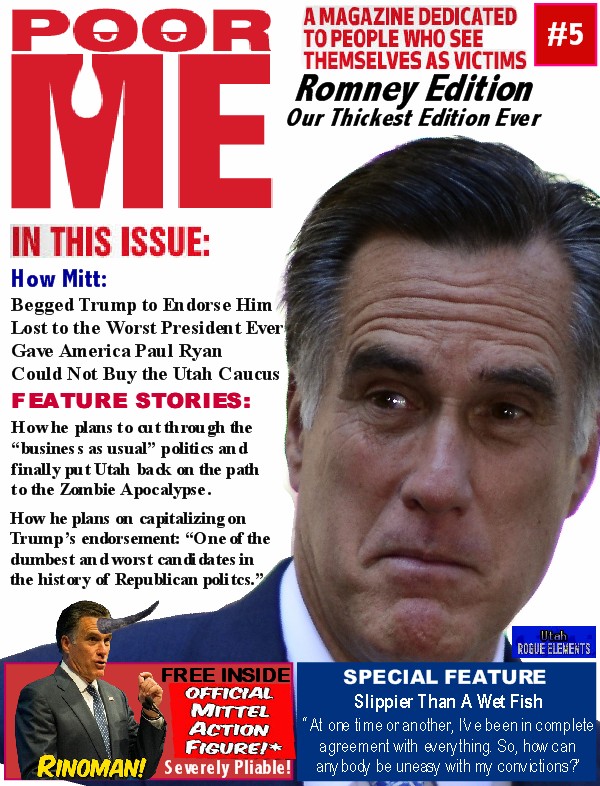