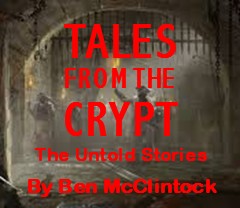 Not unlike the distracting sleight of hand of a magician, the politician is a master at the art of manipulation, getting you to look one way, while he does his trick outside of view.

During the debate for HJR14 (Convention of States, aka Con Con) Representative Anderegg gave a powerful speech on the problems inherent in a Con Con saying,

“I would like this body to know that I’ve gone back and forth on these two, this bill and the one that follows (HJR7 Con Con). I do believe there are evil and conspiring men in the world that would take every opportunity to stand up and to thwart, what I believe in one of the greatest articles of free governance this world has ever seen. And my hesitation for jumping all on board for a Con Con… was the ability of bad things to be able to happen to good people, and for people’s opinions, perspectives to be changed, manipulated; and I feel it equally the same obligation to defend this Constitution from those nefarious acts.” –Floor of the Utah House 26 Feb 2015

Anderegg then went on to say,

“Inherent in this article (Article V of the US Constitution) is the supposition that the legislatures are applying for a convention, to the Congress (of the United States) for purposes of proposing amendments.  They (Federal government) would set the time, they would set the delegates, they would set so many things and my concern am I really trusting the leaders of those two bodies in the application. In absence in having any additional information here as to how that process works, I must reply upon the language… I am also exceedingly concerned about placing this much trust in certain people’s hands, that we’ve already acknowledged, have wholeheartedly brought us to the brink of destruction as a nation, and I’m not making distinctions between Republican or Democrat.  I don’t know that I trust those two people.” (Emphasis in the original) –ibid.

A long debate between both sides then ensued, and with Representative Anderegg’s no vote, the bill failed.

What is interesting though is the fact that even with the strong words against a Con Con, promising to vote no on HJR7 and HJR14, and stating that he would have voted no on HJR7 if he had been on the floor, Representative Anderegg was a co-sponsor of HJR7, the very bill he said he would vote against.

However, like the great magician’s masterful distractions, Representative Andreegg spoke and voted in a way one would think he was safely in the “no Con Con” camp.  What a difference 24 hours can make. Just in time, Representative Andregg calls for reconsideration of HJR14 saying,

“Have you ever had that moment where you voted, and immediately you felt sick?  Immediately you had felt like you had done something wrong. I couldn’t sleep last night and it was because I feel like I did an injustice and a disservice to this resolution yesterday. And I was right on that edge, right on that tipping point, ‘was I going to be for it?… was I going to be against it?’ But I want to make it absolutely clear here, I believe that many of us were bullied, one way or the other, with the threat of our constituents, being contacted in droves, with endless emails and text messages and phone calls to push us one way or another. And at the end of the day, I have to vote my conscience and that is why of my own free will and choice, I brought this amendment and I personally would like to reconsider our actions. …But I do believe if not now, when? We can always say ‘tomorrow and tomorrow and tomorrow’, but at some point we got to stand up and say ‘enough’s enough’. And I can say with how I didn’t sleep last night I did the wrong vote yesterday, thank you.” (Emphasis in the original) –Floor of the Utah House, 26 Feb 2015

In one day, we are supposed to believe he went from being weary of “conspiring men” to feeling sick, not sleeping and saying he made the wrong vote because he was “bullied” by constituents daring to tell him how they wanted him to vote.

This isn’t the first time that Rep.Anderegg has appeared to collude with other legislators, such as Ken Ivory, in the past to subvert the liberty agenda:

During the 2013 legislative session, a group of people attempted to get different legislators to introduce nullification, under the 10th Amendment to the US Constitution, of what is commonly referred to as “Obamacare”. According to insider sources, a legislator would be approached and they would agree, then word would get back that Ken Ivory was going to “help” them with the language, then nothing would happen.  After this happened to several legislators, Representative Lee Perry was approached and agreed to do it, and Representative Ivory was not contacted, and the bill moved forward.  It was stuck in Legislative Research until the last possible day to receive a number (HB391) with a “Constitutional note” attached, which is often a death sentence for a bill. Again, on the last day of committee hearings, the bill was heard before the House Business and Labor committee.  As HB391 was brought up for consideration, Representative Anderegg introduced a substitute version of the bill, completely stripping it of nullification and making it about Medicaid expansion, making Representative Anderegg the chief sponsor of the bill (which is why you see his name and not Representative Perry’s on the bill).  A Defending Utah contact told us that Representative Anderegg told them and Representative Perry that it was actually Ken Ivory who wrote the substitute and gave it to Representative Anderegg to introduce, once again killing legislation that would have saved Utah from all of the troubles associated with Obamacare.

2. Representative Anderegg was a sponsor of HJR7 before voting “no” on HJR14.

In a correspondence with a constituent obtained by Defending Utah, Anderegg stated after he brought up HJR14 for reconsideration stating he made the “wrong vote” the day before,

“I WOULD HAVE VOTED NO, the same way I voted against HJR14” (emphasis in the original)

Here Representative Anderegg tried to give the false impression he was against a bill he co-sponsored (but chose not to vote on one way or the other) as well as the impression that he was against HJR14 after stating his “no” vote was a mistake.