Moving the Prison and the PRC vs. Keep it in Draper 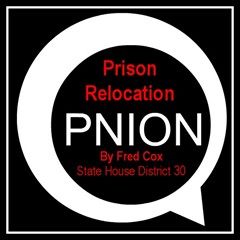 The main men’s prison to the south east could be re-built to the north, then torn down. The rest of the prison complexes could then be rebuilt, within the 350 acres area. the 40 acres section would be for expansion. The prime economic part of the site, the 120 acres, near I-15 with access from Bangerter and (2) I-15 interchanges could eventually be sold. The 90 acres area could be for future expansion, to be used for faster phasing (or sold). The 68 acres could be sold right now for a transit hub, residential, commercial, or manufacturing or as a wetlands trade.

The prison can obviously be re-built new on site in 2 phases. It will not cost more, and will likely save money. 93 percent of the voters in my area said even in January to keep the prison in Draper. They knew it would cost money. How much we keep of what is good will save more, but I believe even if we rebuilt the entire complex at Draper, the cost building new at the other sites will be more, counting wetlands, water, sewer, transportation, etc.

Back to the sketch.

The yellow line is approx. where the power lines are. The dashed line could be a proposed power line re-location. To move the lines would likely cost millions of dollars. How many millions would determine if it is worth it or not. The difference between $2 M or $20 M is a big deal.  I don’t have those numbers yet. I just have confirmed it is possible. The power company has relocated lines dealing with Mountain View highway. They can do it. It isn’t free.

The buildings can be built so they are not too close to or under these lines.

I have designed several buildings near and under power lines before, for example the ECI building west of I-15 at 700 S and 700 West in Woods Cross. It has transmission lines from 2 different power lines on both sides of the building. Depending on the amount of power in the lines, the distances between the lines and the buildings are different.

The other lines on the sketch shows different areas.

The NE corner near I-15 is approx. 120 acres. If we decide to replace all of the buildings as opposed just the worst ones, that 120 acres seems to be the most valuable for commercial office or retail to be eventually sold off to the private sector and developed and used to help replace part of Draper’s property tax loss.  It has visibility and access off of an existing intersection at Bangerter. It can be accessed from 2 different I-15 interchanges.

The part north of Bangerter is approx. 68 acres. It could be used for a hub for transit, wetland credit,  or manufacturing, commercial or residential. It is likely not going to be used for expansion and could be sold off at any time.

Out of the approx. 680 acres there, that would leave almost 500 acres. Enough for the new prison.

The main men’s prison area where Wasatch is about 50 to 60 acres.  That total section of ground in the middle of the site is about 350 acres and likely could include all the current prison rebuilt.

There is about 90 acres just south of Bangerter. It could be kept for Utah now to speed up phasing, or kept for future expansion or sold later for office or manufacturing.

The remaining 40 acres on the west, south of that would likely be kept for expansion, or used to help phasing now.

There is actually a few more acres there, but it is clear the existing main men’s prison area can be rebuilt north of it, and then torn down and then the rest of the complexes replaced on site and then the existing town down, with approx. 180 acres sold and 500 acres kept now, with an option of selling 90 acres later.

The following is a recent response to someone writing me:

I wrote/asked 3 questions at the PRC meeting at Salt Lake City, but only one was asked. A moderator tried to interpret the questions and sometimes did better than other times. Because there was not an opportunity at any of the 3 public meetings or 1 public hearing to ask questions directly or have follow up question or statements to clarify, many felt like their question was never really asked, let alone answered. Many of the answers were very good, even some I didn’t agree with.

The good news is the Utah Legislature can read the questions here, as most of them were not able to be able to attend all 4 meetings. I am glad I was there.

At the Grantsville PRC meeting, I only asked one question. The question was given to one of the outside consultants who had no clue what the answer was, even though it was covered on page 172 in the final report and so he avoided the question. I don’t think he did it to be mean.

Someone else asked the same question at Eagle Mountain. Rep. Wilson took the question head on and did a great job of answering it. Basically, the $95 Million in taxes that are expected to be generated each year from a fully developed Commercial Draper site will not be used to pay back the cost of moving the prison as it is likely the development would be commercial office and not retail, so the taxes would be Property Taxes benefiting the city and the local school district and Income Taxes, that benefit education.

Someone else did a good job in answering and pointing out the $1.8 Billion economic effect per year was similar to GDP per year where Utah is doing almost $150 Billion currently (so a small percentage wise) and Utah can now grow more than that in a year now not over the 10 years or 20 years it would take to hit that level after someone invests a $1 Billion of private money at Draper. The person asking the question had argued that 700 Acres couldn’t generate 1/10th of our GDP. The good news it can’t and won’t, (closer to 1%) but it isn’t claimed that it will.  (I understand both of those numbers are being looked at by staff).

I was impressed with some of the public questions at PRC meetings. You could tell that many had done their homework and knew the reports, etc. in many cases better than the hired consultants. Some questions were not as helpful as they seemed to target a person not an issue. Some included personal attacks. Most were civil however.

I also understand your frustration, as today I texted KSL radio two questions for the Governor and neither were read, but were combined and changed and then given to the Governor with my name.

“From Rep. Fred Cox For the SLC location wetlands will dramatically increase the cost of that location. The other locations have water, sewer and transportation issues. Will you veto any bill to move the prison if those initial reports hold. There are hundreds of acres in Draper to begin rebuilding the prison there.”

“From Rep. Fred Cox. Governor Herbert, it appears based on comments from the PRC meetings that transportation, water and sewer costs make the current Draper Prison Site the best to replace the prison. If that remains the case will you veto any bill to move the Draper Prison”

What was asked the Governor was simply if he was going to veto any move to relocate the prison. Not what I asked at all, so how do I fault the Governor for his non certain, too early to tell, answer.?

I do hope the PRC posts the audio/video/statements from the public hearing on Tuesday. I also hope the public Q&A is posted. Perhaps they are.

The first statements from the Public hearing on Tuesday that included the Salt Lake City representatives and other locations were very specific, prepared, and in my opinion, destroyed any reason to move the prison.

The PRC members are pretty smart and will have in the future clarifications and other reasons and answers to back up the non-binding decision to move the prison from the resolution last year.

Remember no one is perfect. We all have strengths and weaknesses. While the public meetings and hearing were not perfect, I know our staff spent many long hours to make them as best as they could.

Again, thank you for your passion.  I believe Rep. Wilson held his temper really well and did a good job of answering the moderated questions he got.  Even though I don’t agree with him on a few issues, he has my respect, as do the other PRC members.

The couple of architects that I know that have experience in this area are more interested in designing the buildings if they win the future RFP and didn’t want to be involved in this phase. I am sure that limits the choices for consultants.

2 comments on “Moving the Prison and the PRC vs. Keep it in Draper”