The UTGOP: A Defiant & Divided House 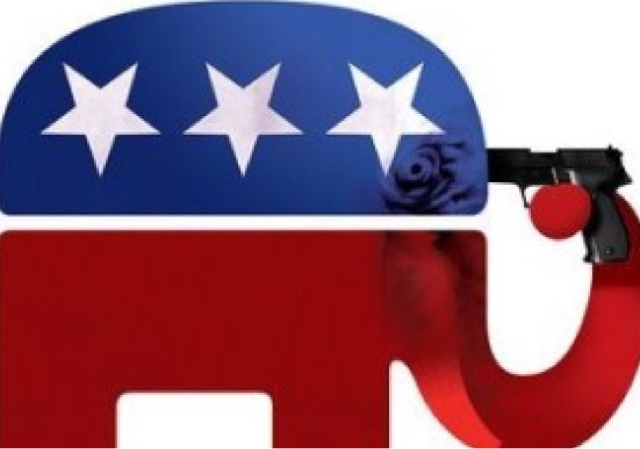 The discussion about the UTGOP’s division is illustrative of the division in our country and how a minority is doing everything they can to destroy our democratic republic. I’m referring to democrats and liberals who refuse to lose. When they have nothing positive to contribute to the process, they attack and tear down those who won. Instead of acting honorably and accepting defeat, like Republicans have when they lose, and reorganizing with reasonable alternatives along with a message that people can believe, this minority would rather destroy our system and replace it with mob rule. We have the same thing happening within the Utah GOP. There is a small, fringe group of radical dictatorial, fascist-type people who are employing every devious method possible in order to retain power and force things to go the way they want. They are people that the party can’t compromise with because that would give in to their desire for total control and we would have a party that stands for nothing beyond sustaining their own self-interests and desire for unrighteous power. These same people are very adept at denying and altering the perception of reality to the point of actually portraying their fringe, lunatic minority as being the reasonable adults in the room. And, with the help of the media, they are villainizing the real party Patriots who are standing up and fighting to restore the Utah values and integrity that would bring honor back into our state leadership and party.

A case in point was the January 27, 2018 SCC meeting that had 128 members credentialed. The meeting started with the Chair declaring that the legal December 16, 2017 Special SCC meeting was not valid. When a motion to appeal the ruling was made, the Chair ignored the appeal and called for the sergeant of arms to toss that person out of the meeting and threatened arrest, FOR MAKING A MOTION. How can anyone compromise with that level of insanity and violation of the rules and process? We all know how that meeting went when 125 of the 128 SCC members stood together numerous times. This vast majority exhibited rational and correct behavior against the real fringe element of the Chair and 3 SCC members who sat down while the rest stood up. When the rest sat down, those 3 stood up. It was comical to watch. It is even more ludicrous to acknowledge that the majority of SCC members continue to be portrayed as a small minority.

The UTGOP is not dealing with rational and honorable people within it’s own leadership. The division within the party has not been created by the SCC. The division comes because of the intolerable and vile actions of a few. The division will not go away by calling for party unity, especially when unity depends on the vast majority of SCC, State Delegates, and UTGOP rank-and-file members compromising their principles. The division will not cease by holding hands and singing Kumbaya. The actions and associations of party leadership have proven that they are incapable of compromising and don’t wish too. This division will only deepen and get worse until the Chair resigns or is removed. The honorable thing would be to accept defeat instead of being defiant. It would be even more honorable if he were able to have enough self-awareness to realize that he is the cause of the division and think about what changes he might make instead of expecting others to change. Our party deserves to be lead and represented by like-minded people who are as honorable and reasonable as we are. Until that happens, there will always be division because there will always be Patriots who fight for truth and Liberty.

Linda Spencer “I’m referring to democrats and liberals who refuse to lose. When they have nothing positive to contribute to the process, they attack and tear down those who won. Instead of acting honorably and accepting defeat, like Republicans have when they lose, and reorganizing with reasonable alternatives along with a message that people can believe, this minority would rather destroy our system and replace it with mob rule.”

…all the while shouting “TOLERANCE!!!”

Elizabeth Carlin When a leader goes to the media and excuses not going to the other party due to being “transparent”, and then lies to the other party, neither communication nor transparency is going to happen. People have to want to communicate before communication is possible. Republicans need to follow Reagan’s 11 commandment of “speak no ill of another Republican” and it needs to start with the Chair. It has not.