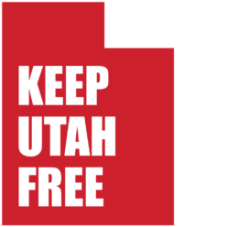 The following press release was made today regarding the hiring of Gene Schaerr to represent the Utah Republican Party. Mr. Schaerr will take the reins in the GOP effort to overturn SB54, by filing with the 10th Circuit for an en banc hearing. Pending the outcome of the en banc hearing, if necessary, Mr. Schaerr will also represent the Party in soliciting the U.S. Supreme Court to grant a writ of Certiorari, so the matter will have a chance to be heard by the nation’s highest Court.

Marcus Mumford has done a phenomenal job as Utah GOP counsel, but is not licensed to appear in front of the U.S. Supreme Court. However, his continued strategic involvement in the case is considered crucial to the overall success of the litigation.

On Tuesday March 20, 2018 Utah Republicans learned that a split decision by a 3-judge panel of the Tenth Circuit Court of Appeals had ruled against the Utah Republican Party’s First Amendment challenge to SB 54, the controversial Utah law, “Count My Vote” (CMV), that dictates how Utah political parties must nominate their candidates for public office.

Media attention has emphasized the Court’s 2-1 decision against the Party. Less attention has been paid to the substance of the decision and to Chief Judge Timothy M. Tymkovich’s remarkable dissenting opinion, which explains how SB 54 and CMV are in direct violation of the First Amendment. He further warned that “this scheme” appears designed to allow outsiders to “hijack the Party’s platform.”

Chief Judge Tymkovich also warns that the new law essentially means an end to local, neighborhood-driven politics in Utah. “In effect, the new procedures transform the Party from a tight-knit community that chooses candidates deliberately to a loosely affiliated collection of individuals who cast votes on a Tuesday in June.”

Contrary to several recent public statements from SB 54/CMV supporters, this challenge is not over. A 2-1 decision, in which a respected Chief Judge, like Judge Tymkovich, writes a thorough and deep dissent, gives the Party a real chance to challenge the result and make sure the Court’s decision is consistent with the U.S. Constitution.

Today, we are pleased announce that renowned constitutional attorney Gene Schaerr has formally agreed to assist the Party by taking the lead in seeking further review of this decision. The Party will soon be filing a petition with the Tenth Circuit asking all current members of the Court, not just the 3-judge panel, to weigh in.

The Utah GOP is seeking what is formally called “en banc review” of the recent 2-1 split decision, because at its core, as Judge Tymkovich points out, SB 54/CMV “violates the First Amendment.” He also wrote, “The background of this case should caution us as to the perils of allowing states to impose procedural changes of this magnitude on unwilling political parties.”

The history of this challenge is worth reviewing. SB 54 was passed by the Utah Legislature during the 2014 session. The Utah Republican Party immediately filed suit and won the first portion of our constitutional challenge, overturning an onerous stipulation requiring the Party to allow non-Republicans to participate in nominating our candidates. While we have not yet prevailed on the current challenge, which seeks to further protect First Amendment freedoms, Judge Tymkovich’s recent support should be heartening to all Constitution-minded Utah citizens. As Judge Tymkovich wrote last week, Count My Vote is a government mandate that “will generate different candidates…among whom are many persons who only nominally associate with the Party. Count My Vote understood that.” Such governmental interference in a private, voluntary association’s selection of its representatives is a flat violation of the First Amendment, as understood by those who wrote and ratified it.

Thanks to the generosity of Party donors, no new Party resources are being spent on this legal challenge, and all prior legal debts related to this legal fight have been resolved. This enables us to keep the principled fight for every Utah citizen’s First Amendment freedoms alive, so that every Utah neighborhood has a real and meaningful voice in Utah politics.

Finally, it has been noted that the Utah Republican Party is deeply divided by this issue. This should come as no surprise. That was the aim of SB 54 and the small group of well-funded Count My Vote supporters. As Chief Judge Tympkovich noted, “this law is likely to cause divisiveness within the Party’s ranks,” and “[f]ueling intra-party strife endangers an association’s very existence[.]”

We call on all well-meaning citizens, including those who may have supported SB 54 and Count My Vote without understanding their First Amendment infirmities, to join with us. The best way we can move beyond the “divisiveness” and “strife” is to repeal or overturn SB 54 and return Utah politics to our neighborhoods and our founding principles.