Who USN IS NOT endorsing for the CD3 historical election 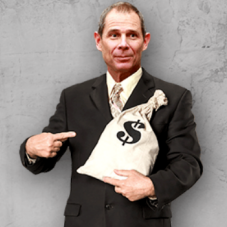 “There is another danger even more menacing than the threat of invasion of a foreign foe. It is the unpatriotic activities and underhanded scheming of disloyal groups and organizations within our own border. Be on the right side. Stand up and be counted. Awaken a sleeping and apathetic people to the alarming conditions that are rapidly advancing about us.” – David O. McKay

“I don’t know how you feel, but I’d rather be dead than to lose my liberty. I have no fear we’ll ever lose it because of invasion from the outside. But I do have fear that it may slip away from us because of our own indifference, our own negligence, as citizens of this land. And so I plead that you take an active interest in matters pertaining to the future of this county. An informed citizenry is the first line of defense against anarchy and tyranny.” – Ezra Taft Benson

Over the past two weeks, Utah Standard News has completed hundreds of hours of research and published numerous articles that detail the factual trail of Harassment, Incompetence, Broken Contracts, Lies and Illegal Behavior of John Curtis, the front-runner in the race to replace Jason Chaffetz.

Our publisher, Ed Wallace, has reached out to all of Curtis’ opposition for comments and to increase awareness of his behavior. To date and to our knowledge, none of the candidates, with the notable exception of Joe Bachman (Libertarian), has bothered to take a stand, by commenting or informing their constituents about the highly certifiable lack of character and behavior of a man who will most likely represent Utah standards and values.

Utah deserves to be represented by honorable and decent people. Utah deserves to have candidates for public service and citizens that roar the truth. “The truth is like a lion, you don’t have to defend it. Let it loose. It will defend itself.” – Saint Augustine

Utah has always been one of those “shining city[s] upon a hill.” mentioned by Ronald Reagan. Reagan’s imagery came from “A Model of Christian Charity,” a 1630 sermon by Puritan pioneer John Winthrop. When he wrote those words, prior to arriving on the American shore and becoming governor of the Massachusetts Bay Colony, he accurately predicted that the new community would be a “city upon a hill” watched by the world.

Winthrop’s inspiration came from Matthew 5:14. In the Sermon on the Mount, Jesus tells his listeners: “You are the light of the world. A city on a hill cannot be hidden. Neither do people light a lamp and put it under a bowl. Instead they put it on its stand and it gives light to everyone in the house.”

Our land has been blessed with a long line of faithful individuals devoted to freedom. Although those leaders had flaws, they illuminated the path to the shining city. That dedication has always come with a price. The road is often filled with bloodshed and heartache, as evil forces fight desperately to retain power. Tyrants will always be threatened by those seeking the liberties endowed by our creator. But as we saw in the 1980s, people yearning to be independent can be motivated to tear down that wall of oppression, even when it has been an obstacle for a long time. That light can be snuffed out, if we forget our roots and neglect our duties as responsible citizens of Utah.

“The only thing necessary for the triumph of evil is for good men to do nothing.” This quote is usually attributed to John Kennedy and Ronald Reagan, but the earliest association is said to have its origin in this statement by Edmund Burke:

“It is not enough in a situation of trust in the commonwealth, that a man means well to his country; it is not enough that in his single person he never did an evil act, but always voted according to his conscience, and even harangued against every design which he apprehended to be prejudicial to the interests of his country. This innoxious and ineffectual character, that seems formed upon a plan of apology and disculpation, falls miserably short of the mark of public duty. That duty demands and requires that what is right should not only be made known, but made prevalent; that what is evil should not only be detected, but defeated. When the public man omits to put himself in a situation of doing his duty with effect, it is an omission that frustrates the purposes of his trust almost as much as if he had formally betrayed it. It is surely no very rational account of a man’s life, that he has always acted right but has taken special care to act in such a manner that his endeavours could not possibly be productive of any consequence.”

Too many people stand idly by and are mere spectators. If good wins, they join in the celebration though they did nothing to produce the victory. If evil wins, they will complain long and loud even though their own apathy helped produce the undesirable result.

Christians are not only to “have no fellowship with the unfruitful works of darkness, but (also) reprove them” (Eph. 5:11). Those who do nothing about sin and evil, help the sin and evil to prevail. One who is silent when there are those around him in sin becomes a partaker with them (Eph. 5:7).

What about those supposedly “good” men who stand on the other side and do nothing but watch as their brothers are being slandered, slaughtered and devoured?  They cease being innocent bystanders and idle spectators. Their failure to act not only allows evil to triumph, but makes them just as guilty as the spiritual cannibals they refuse to reprove and rebuke. In God’s words, “even thou wast as one of them” (Obadiah 11).

Up until Bill & Hillary Clinton came into their prime, corruption, immoral behavior, crony capitalism and acts of treason were met with outrage and condemnation from the public, and usually led to banishment from public life, as they lived their lives in shame. Nowadays, it’s just the opposite. Apparently, that type of behavior is no big deal, is usually ignored, if not celebrated, and the people or entities who go against the popular perception, are villainized, disparaged, and roasted like a lunatic on a stick.

Those who fail or refuse to take a stand for truth are sowing some dangerous seeds. They are helping evil to win and have ceased being good and have become partakers of the evil they did nothing to stop.

Do not sit by and do nothing. Stand up and be counted. Speak up and speak out. Utah deserves nothing less. Unfortunately, that’s not what we have in the current crop of candidates seeking to represent the standards and values of Utah’s citizens.

Kathie Allen (Democrat), Jim Bennett (United Utah), Jason Christensen  (IAP) and Sean Whalen (Independent), you do not have the voice of a lion and “fall miserably short of the mark of public duty.” You will not be receiving our endorsement.

EDIT: from Jason Christensen: “Not factual, I have been trying to educate about the wrongs of John Curtis for eight years. My only flaw at times is that my slights are too subtle for the general populace to catch up on. For example this years Americans for Prosperity debate. Even more blunt at the debate in Moab. There is all of my blog articles that slights the Mayor dating back to 2013 at jasonthepatiot.com or my article that got taken down at provobuzz title ‘Provo is not a safe place to live’. In fact that article that was up at provobuzz was taken down at the start of this election cycle after it was up for four years. Because the media at all levels including the internet at times has blocked me. There is a reason why under John Curtis the provo police department has NSA capabilities or why the daily herald is in John’s back pocket. To say what was said against me is a grievous slander. There is his property rights violations. An average of 5000 violations per year by the community redevelopment agency. At least four pet projects where land was stolen through eminent domain in order to accomplish the projects, all because millions of free federal money was on the table. At his Provo Plus Fifty event Michael Rothschild attended his event.For giving a debt from NuSkin over the purchase of a road because there was “extra money” in the community redevelopment agency. (Ed’s note: Jason was going to submit a comment. Most of the facts in these articles were not know to the public until we published them.)